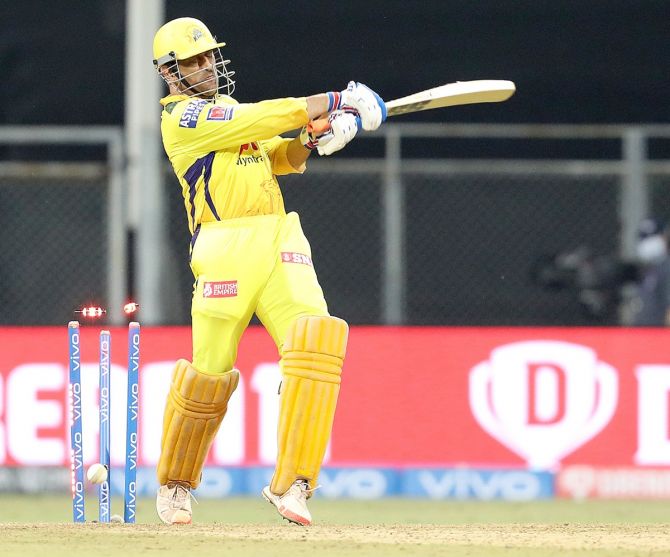 Chennai Super Kings's IPL 2021 campaign got off to a disappointing start when they lost to the Delhi Capitals.

CSK Captain Mahendra Singh Dhoni's return to competitive cricket was a disaster as he fell for a duck in the game at the Wankhede Stadium in Mumbai on Saturday, April 10.

Dhoni faced just two balls before he was dismissed by Avesh Khan. Dhoni's duck arrived on the second ball of the 16th over when he tried to pull an Avesh Khan delivery from outside the off-stump, but ended up dragging the ball onto his stumps.

Sunil Gavaskar wants Dhoni to bat up the order. 'He thinks maybe he should bat only for the last four-five overs. But I think he also needs to guide the team. He has a team of youngsters, some of them are pretty young. Even Sam Curran is not too old as far as international cricket is concerned, and he batted so well,' Gavaskar said.

"So, yes, maybe he look at having Sam Curran up the batting order at no. 3 or 4 just like he was in the UAE,' Gavaskar added.

'But Dhoni also has to come up the batting order. Because that is the way he will be able to control it (the game). As the tournament progresses, he has to come higher, maybe at 6, maybe at 5, and show the way,' Gavaskar stated..

In the IPL, it was only the fourth time MSD was dismissed for nought. 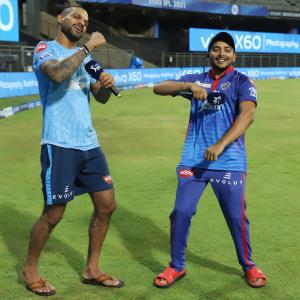 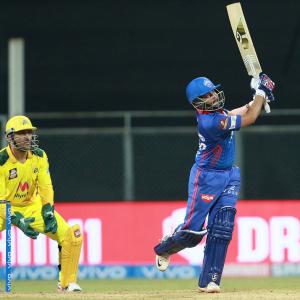