News
Business
Movies
Sports
Cricket
Get Ahead
Money Tips
Shopping
Sign in  |  Create a Rediffmail account
Rediff.com  » Cricket » SRH's youth: Can they live up to the expectations?

Hope the youngsters translate their talent into performance: Warner 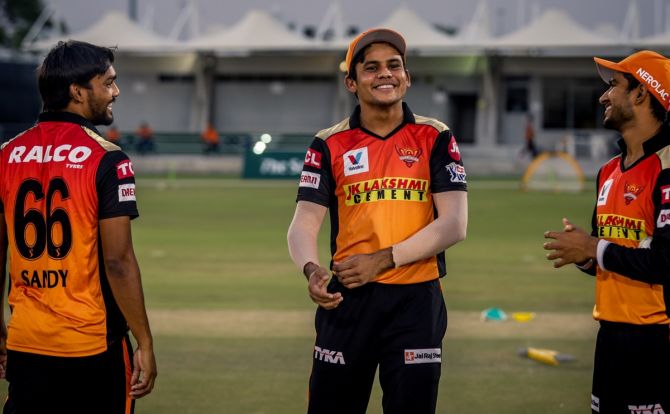 Sunrisers Hyderabad captain David Warner is hoping the team's young recruits "translate their talent into performance" in the 13th IPL and said gaining early momentum would do themselves a world of good.

The Sunrisers open their campaign in the 13th IPL with a game against the Virat Kohli-led Royal Challengers Bangalore on Monday, and Warner's message to his team is to go out and play freely without worrying too much about the result.

"We will try our best for that and if it doesn't happen, will re-work our strategies and hope to go the distance in the IPL," Warner said during a virtual media interaction.

"Every team has a perfect mix of world-class overseas players and quality Indian players. Ours is a pretty good balanced side in all departments."

"The boys have to just go out there and have fun, not take it too seriously. Like if you get angry you will tend to repeat the mistakes."

"Yes, it is good to have a lot of youngsters in the middle-order. They bring a lot of enthusiasm and show the right kind of attitude, too. I have been hearing some very good reports about it on social media and hope they translate their talent into performances."

The Australian is happy to have the presence of experienced campaigners such as Kane Williamson in the Sunrisers ranks.

"We have plenty of experience with the likes of Kane, (Jonny) Bairstow, Vijay Shankar to name a few. We got a job on our hand for sure," he said.

Speaking about his opening partner Bairstow, Warner said, "We know when to take those calculated risks and it is time to go this year again."

Asked if the spinners would play a big role, Warner said it depended on the kind of wickets on offer at the three venues of Dubai, Abu Dhabi and Sharjah.

"Some of them might be flat, some might offer swing in the first session and some might assist the spinner in the second half of the games. We have three good spinning all-rounders in the team. So, let us wait and see how they shape up," he said.

"The best part is that he is super relaxed, takes accountability for the team's performances. He is very chilled. With him around, there is a sense of relaxed environment."

"But, at the same time, he will put his foot down when required," Warner added. 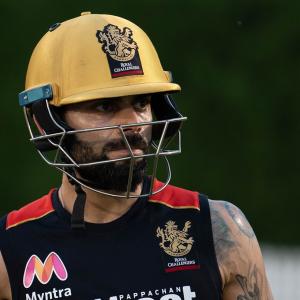 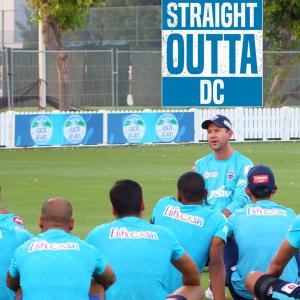