His ongoing Indian Premier League duty prevented Sachin Tendulkar from accepting a request for a personal meeting with a large group of wheel-chair bound soldiers in Pune, but the champion batsman interacted with them via a video conference on Friday, prior to his 38th birthday on Sunday.

"Respectful greetings, my dear soldier brethren; I have learned to take up responsibility and fight till the end from you people," the batting maestro, who is an honorary Air Force Group captain, told the soldiers during his interaction from Mumbai, according to sources close to him. 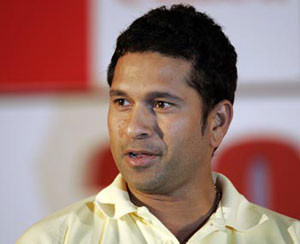 The 80-odd soldiers are undergoing rehabilitation at the paraplegic centre in Pune's Khadki cantonment area and are wheel-chair bound. Some of them are paralysed neck-down and some others waist-down.

The lot wanted to meet the icon cricketer personally, but that wasn't possible immediately as Tendulkar is busy leading Mumbai Indians in the fourth edition of IPL.

In fact, the legend wouldn't be at home on his 38th birthday as he will be travelling to Hyderabad for their match against Deccan Chargers.

Tendulkar had promised the soldiers that he would be visiting them in Pune whenever he would get a bit of time from his busy cricketing commitments.

"I would like to play table tennis with you and would like to learn to play basketball when I come to meet you," he told the soldiers during the video conference.

When the soldiers told Sachin that every kid wants to emulate him, the maestro replied that it's the duty of the parents to support their children's aspirations.

"A child's parents and family should support him or her to achieve their dream," he said.

Tendulkar had recently stated in Mumbai that he will never force his son Arjun to become a cricketer but would support him in whatever he (son) wanted to become in future.

Via the video conference, Tendulkar also cut a birthday cake and symbolically exchanged bouquets with the members of the country's Armed Forces.

Normally the cricket great does not celebrate his birthday in public and keeps it within the confines of his family and friends, but an exception was made this time around because of the respect and concern he has for those attached with the Armed Forces, the source added. 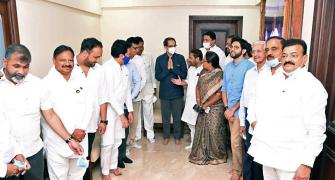 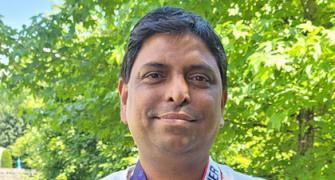 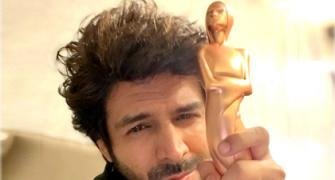