Rajasthan Royals and Royal Challengers Bangalore are locked 7-7 on the head-to-head count, but Wednesday's IPL Eliminator in Pune battle carries the weight of a title dream for both sides 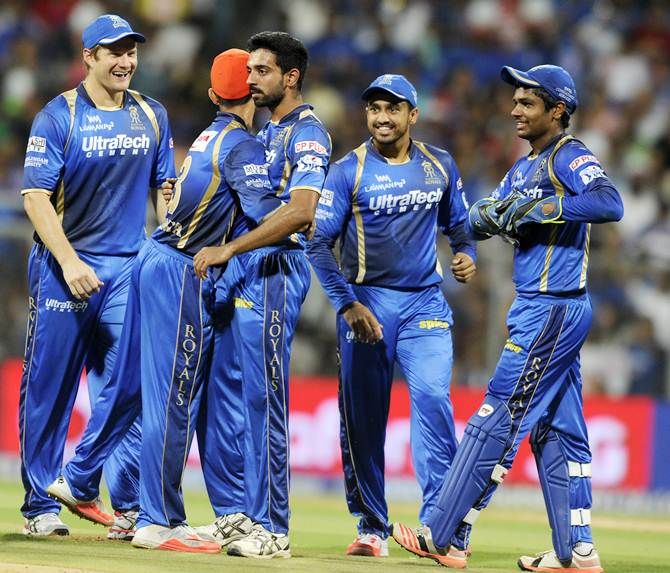 Having sneaked into the play-offs after winning their last league game, an unpredictable Rajasthan Royals will look to upstage batting-heavy Royal Challengers Bangalore in the IPL Eliminator in Pune on Wednesday.

The Steve Smith-led side found its rhythm at the business end of the T20 tournament and won a thrilling last league game to make the final-four after settling for fourth place in the eight-team preliminary league.

Australia opener Shane Watson, who was relieved of captaincy in the closing stages of the league, scored an unbeaten 104 in the final league game to send defending champions Kolkata Knight Riders out of the race.

Watson's return among the runs is a huge boost for Rajasthan Royals and much will depend on how he and the other opener, Ajinkya Rahane, perform on Wednesday.

The Mumbai batsman is in excellent tough, having amassed 498 runs from 13 games and has a strong chance of taking the Orange cap from David Warner (562 from 14 matches), whose team, Sunrisers Hyderabad, failed to make the final-four cut. 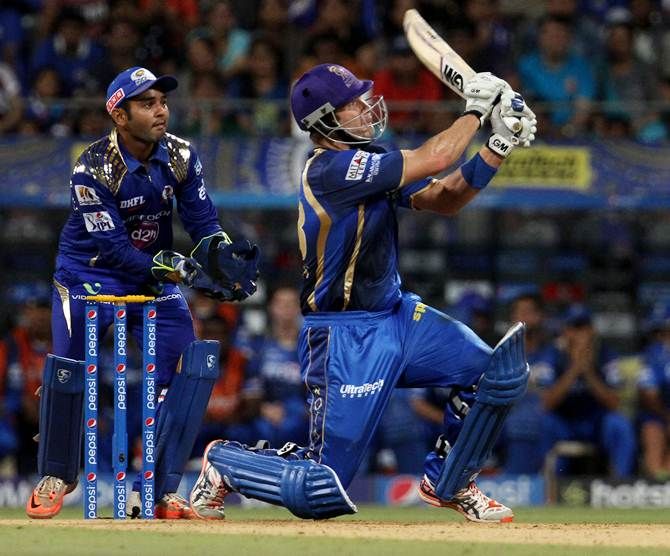 If James Faulkner, another Australian, has filled the role of the all-rounder to perfection then South Africa medium-pacer Chris Morris has led the attack with aplomb.

Rajasthan Royals in fact carry an inherent character of promoting home-grown talent since Shane Warne led the team as Sanju Samson, Karun Nair and Dhawal Kulkarni have all played their respective parts well.

Royal Challengers Bangalore, who finished third in the table with the same number of points as Rajasthan Royals but a better run-rate, have had their share of defeats but the Virat Kohli-led side inevitably fired when it mattered.

Their massive win over Mumbai Indians on May 10 truly reflected their class, as AB de Villers hit an unbeaten 133 to pulverise the opposition attack. 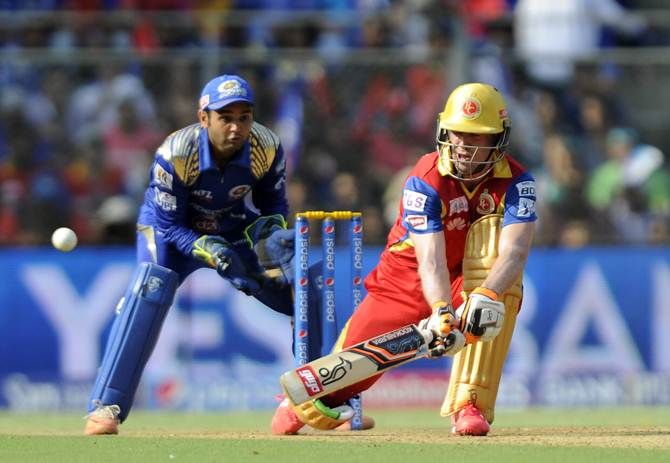 The big-hitting Chris Gayle, who also notched a ton this season, again proved his worth for the Vijay Mallya-owned and with Kohli, has formed quite a destructive opening pair.

No wonder Gayle, Kohli and De Villiers feature in the top-ten batsmen's list in the tournament thus far.

However, in a knock-out game it's more a matter of nerves than record or form and the Eliminator will certainly test the true character of both the teams.

Rajasthan and Bangalore are locked 7-7 on the head-to-head count, but the Eliminator battle carries the weight of a title dream for both sides.

While the Rahul Dravid-mentored Rajasthan will look to repeat their title win of 2008, Royal Challengers Bangalore eye their maiden trophy, having ended up runners-up in the 2009 and 2011 editions.

The loser of Wednesday’s game will bow out of the tournament while the winner will play the second qualifier, against the loser of the first qualifier between Chennai Super Kings and Mumbai Indians, for a spot in the final.