Delhi Daredevils' woeful season ended with yet another disappointing loss, this time by 38 runs to Pune Warriors, as they finished at the bottom of the nine-team table in the Pepsi Indian Premier League on Sunday.

The penultimate league match of the competition had only academic interest and that was which among Delhi or Pune would be able to avoid the proverbial wooden spoon.

In the end, Warriors, backed by their skipper Finch's 52, posted a challenging target of 173, and successfully defended it by restricting the lacklustre opposition for a meagre 134 for nine. 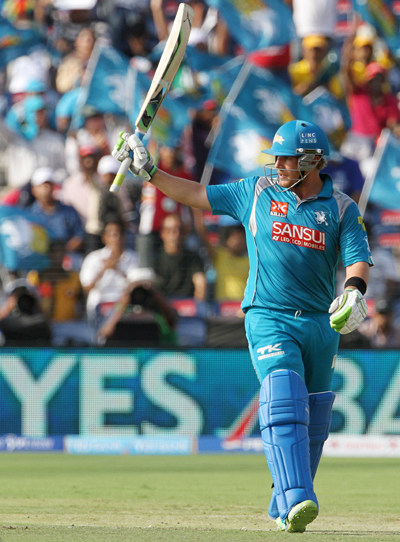 Pune, by virtue of winning the last two matches, finished eighth with as many points as Daredevils had the ignominy of finishing last with six from 16 games.

It was the 13th loss out of 16 for Mahela Jayawardene and Co, which is testimony to the harrowing time they had during the season VI of the cash-rich league. The batting failed yet again as the likes of Jayawardene, Sehwag fell cheaply.

The performance they dished out definitely showed signs that both these stalwarts' careers is only going southwards. While Jayawardene (14) chased a wide delivery off left-arm spinner Ali Murtaza to be caught at point, Sehwag (11) tried to play the inside out shot only to be caught at deep point by Raiphi Gomez.

Within the first 10 overs, the top five were back in the pavilion. Such has been the plight of Delhi batsmen, that Murtaza (3-15), who was plundered for 45 runs in two overs against Royal Challengers Bangalore during Chris Gayle's mayhem, returned with match-winning figures. Wicketkeeper CM Gautham (30) and Irfan Pathan (24) did try with a 54-run stand but that was never going to be enough.

Earlier, Finch's half-century and Luke Wright's cameo took Warriors to 172 for five. The Aussie cracked a 34-ball 52 with three fours and four sixes which helped Warriors post a fighting total.

Wright (44) played a cameo to beef up the score in the end. He hit seven fours and a six during his 23-ball knock.

It was Robin Uthappa (24, 20 balls, 3x4) who started the onslaught but Umesh Yadav removed him in the last over of the powerplay with an outswinger which was slashed at point. Manish Pandey (10) failed yet again as he was cleaned up by Shahbaz Nadeem.

Finch, on the other hand, continued his good run with the bat. The first of his four sixes was one off Siddharth Kaul over long-on while in one Yadav over, he took 17 runs hitting two sixes -- one over long-on and another over deep mid-wicket.

The 50 came off 31 balls but he was soon out off a Kaul delivery as Virender Sehwag ran from his deep mid-wicket position to latch on to the ball at square leg. Yuvraj Singh (3) failed yet again as Warriors were restricted to 96 for four from a relatively comfortable 74 for
one.

Wright and Angelo Mathews (30) then added 71 runs in only 6.1 overs as they raced to a 170-plus score. Young Kaul, with figures of two for 27, was the most successful bowler for the Daredevils. 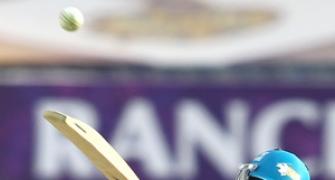 How the IPL teams are placed after 71 matches 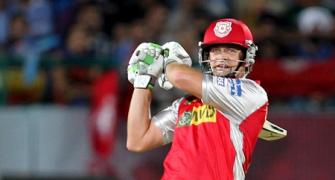 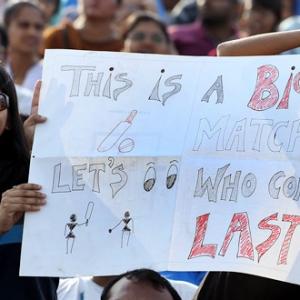 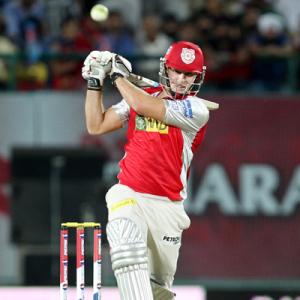