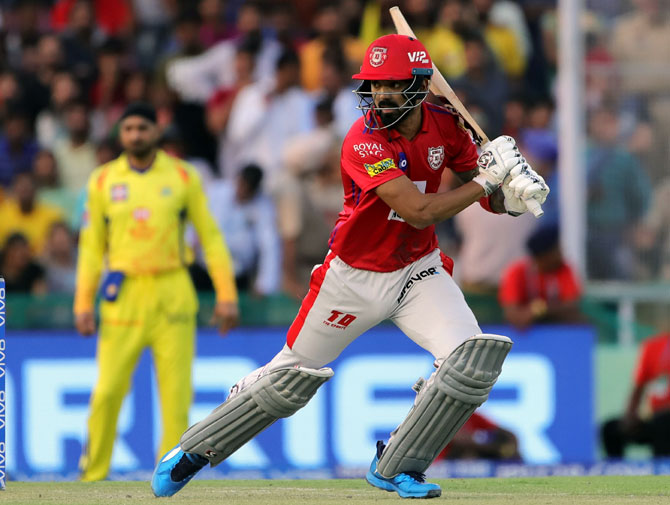 However, despite the defeat Chennai Super Kings finished second, after Mumbai Indians defeated Kolkata Knight Riders in the later match on Sunday, and earned the right to play the first IPL Qualifier at Chepauk, their happy hunting home ground.

With nothing to lose in their final game of the season, Rahul, Chris Gayle (28 off 28 balls) and Nicholas Pooran (36 off 22 balls) came out firing and led Kings XI’s successful chase of 171, in 18 overs. 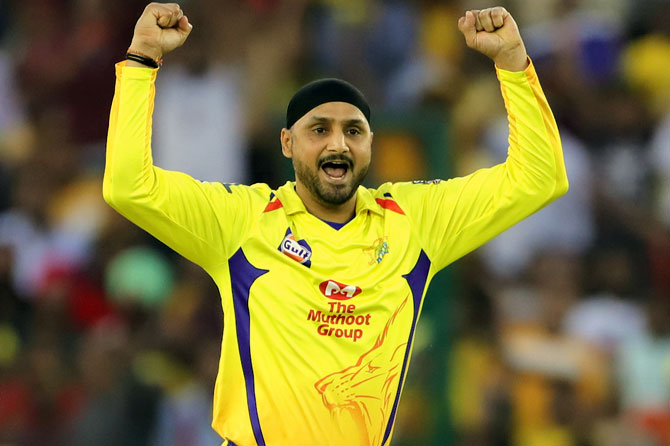 Such was Rahul's domination that ‘Universe Boss’ Gayle's run-a-ball knock paled in comparison as the duo added 108 runs in only 10.3 overs to seal the match. 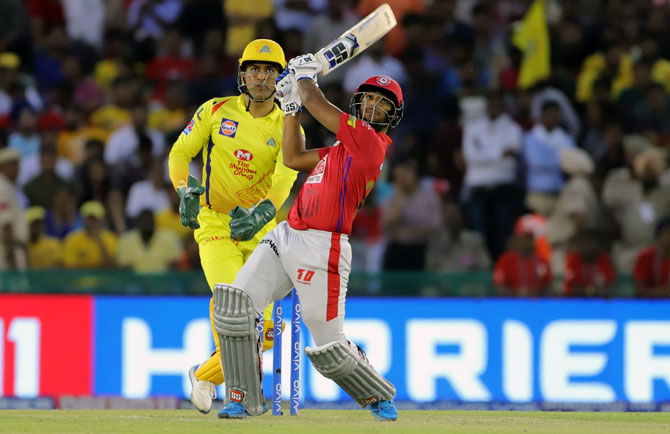 Dhoni's ploy to use Harbhajan in the Powerplays, which had worked wonderfully at the Chepauk, backfired on a placid Mohali track as the former India spinner went for 41 runs in his first two overs -- 17 in the first and 24 in the second.

In that second Harbhajan over, the fourth of the innings, Rahul hit the veteran bowler for three boundaries and two sixes, completing his half-century off 19 balls.

Rahul’s blitz came just after skipper Ravichandran Ashwin's public admission that KXIP's batting in the Powerplay left a lot to be desired.

Harbhajan was far better in his final last overs as he took three wickets for 16 runs, including Rahul, Gayle and Mayank Agarwal.

Pooran then played a cameo to ensure a happy ending for the home team. 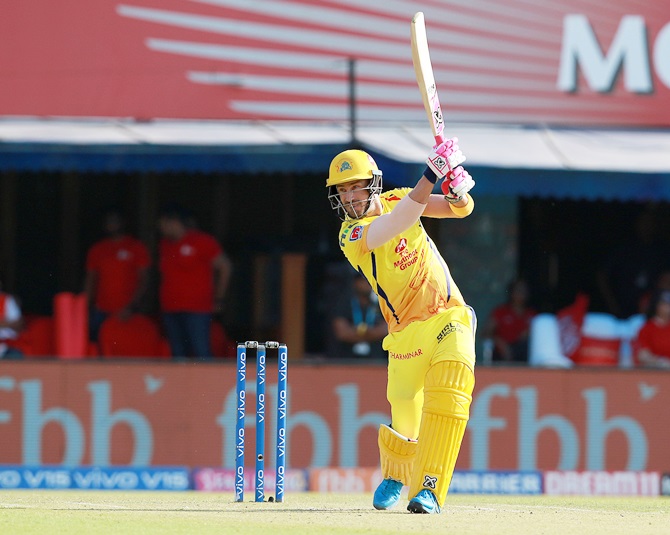 Earlier, Faf du Plessis missed out on a well-deserved hundred by four runs as Kings XI bowled well at the death to restrict Chennai Super Kings to 170 for 5. 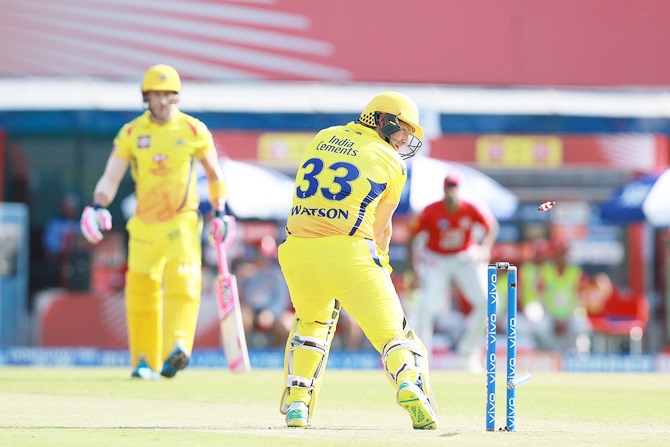 However, Sam Curran (3/35) and Mohammed Shami (2/17 in 3 overs) bowled well in the final few overs to check the scoring and Chennai seemed at least 10 runs short of par score. 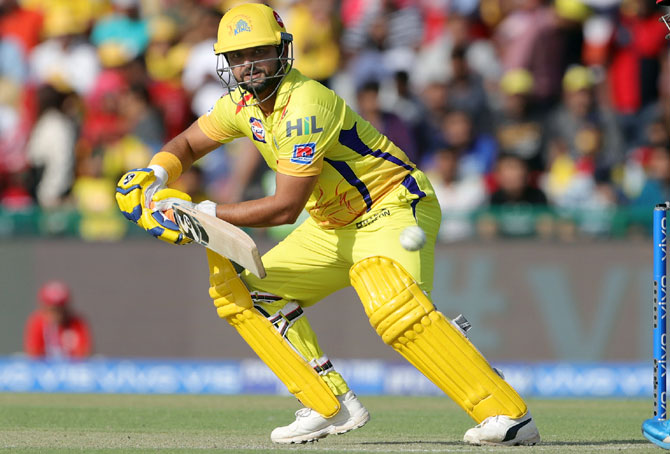 Du Plessis, who hit 10 fours and four sixes, was dismissed by a brilliant yorker from Curran in the 19th over.

He destroyed the Kings XI bowling attack, particularly punishing medium pacer Andrew Tye (0/37 in 3 overs) and spinner Murugan Ashwin (0/33 in 3 overs), hitting two boundaries and a six in one of their over. 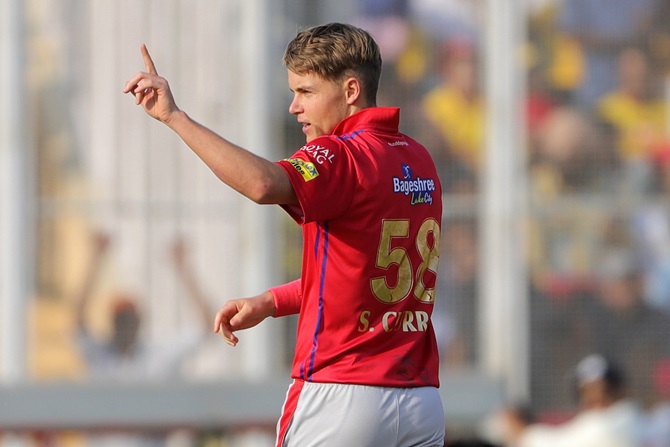 Raina gave him good support at the other end, hitting five boundaries and two sixes.

Raina, who along with du Plessis tried to accelerate the pace of scoring, fell when the score was 150 in the 17th over off Curran's bowling. The England all-rounder had dismissed Shane Watson early on.

Mohammed Shami dismissed Ambati Rayudu (10) and Kedar Jadhav (0) in the final over of the innings. 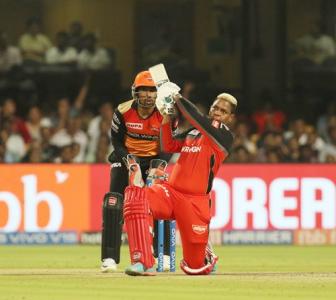 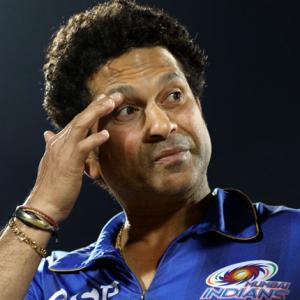 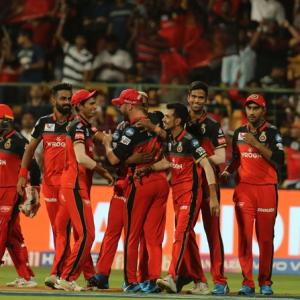