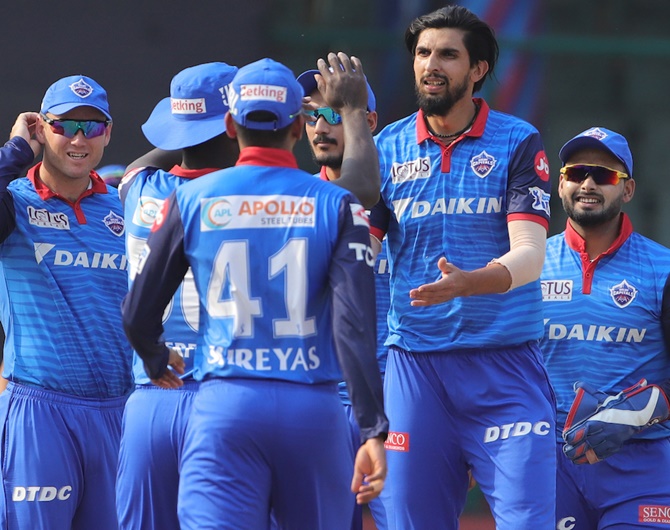 Winning the toss and opting to bat first, Ajinkya Rahane's decision took a turn for the worse as Ishant took a wicket each in his first three overs, varying his pace to great effect.

Ishant dismissed Rahane (2) with a slower ball before disturbing Liam Livingstone's (14) stumps with a similar delivery.

In-form Sanju Samson (5) was run out in the 5th over by a direct hit from Prithvi Shaw after a mix-up with Mahipal Lomror.

In the next over, Sharma sent Lomror (8) packing, getting him caught behind.

Mishra then came to the party, taking two wickets in consecutive balls -- Shreyas Gopal (12) was stumped by wicket-keeper Rishabh Pant while Stuart Binny (0) edged the ball into Pant's gloves on the next delivery.

Mishra missed out on a hat-trick when Trent Boult messed up a high catch from Krishnappa Gowtham, but had his man three balls later.

Ishant and Mishra took three wickets each to decimate the Royals, ensuring the team did not miss Kagiso Rabada who has been ruled out of the IPL by a bad back.

Wickets kept falling at the other end, but 17-year-old Riyan Parag stood his ground. Rajasthan crossed the 100 run mark only due to the teenager's mature half-century (50 off 49, 4x4s, 2x6s).

Delhi lost 5 wickets in the chase, but Pant's unbeaten 53 got them over the line in the 17th over. 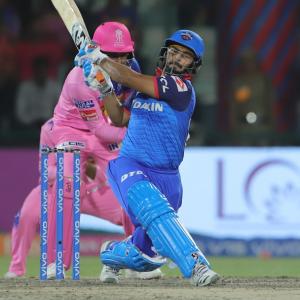 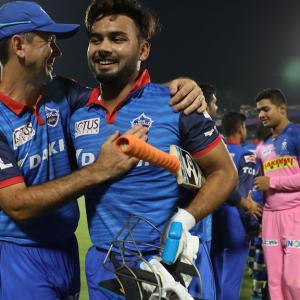