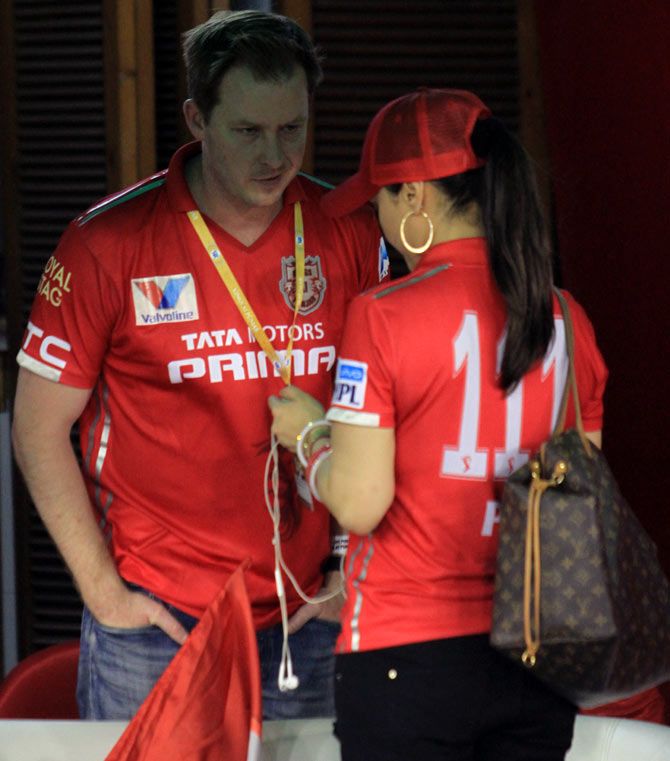 Kings XI Punjab co-owner Preity Zinta gave her newly-married husband Gene Goodenough and his family a taste of cricket in Mohali, on Monday.

Preity, Gene and her in-laws witnessed the IPL match between Kings XI Punjab and Royal Challengers Bangalore, at the Punjab Cricket Association's IS Bindra Stadium in Mohali, which the latter won by one run in a thrilling finish. 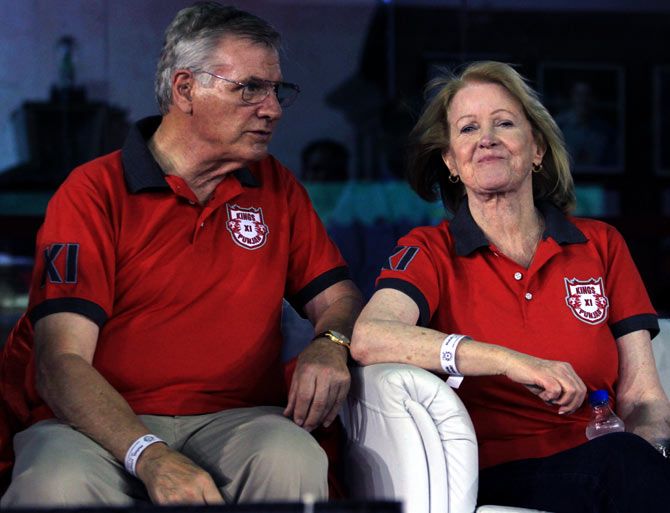 A report in the Mumbai Mirror on Tuesday, said the actress is now prepping to introduce the Goodenoughs to her Bollywood gang on Friday, the 13th.

Preity is expected to return to Mumbai in a day or two, her close friend and trainer Yasmin Karachiwala told the newspaper, adding that amidst all the travelling, the actress has been training hard to tone up for her upcoming reception, scheduled for May 13. 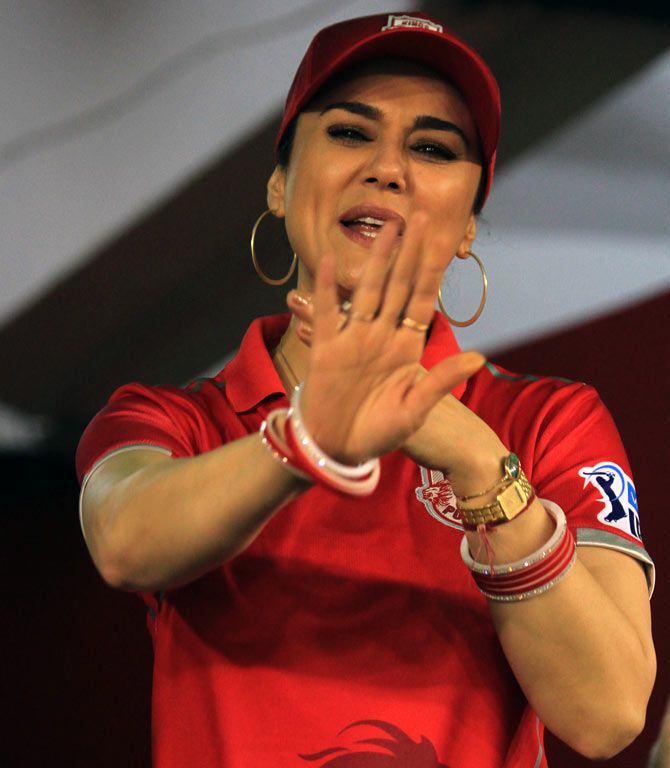 Preity married LA-based businessman Gene on February 29 in Los Angeles. The wedding was an intimate affair with only close friends and family in attendance.

Hrithik Roshan's ex-wife Sussanne Khan and designer Surily Goel were reportedly the only ones from the industry present.

Meanwhile, commentator Danny Morrison, who wore donned red turban and fake beard ahead of the match has come under a lot of flak for his act. 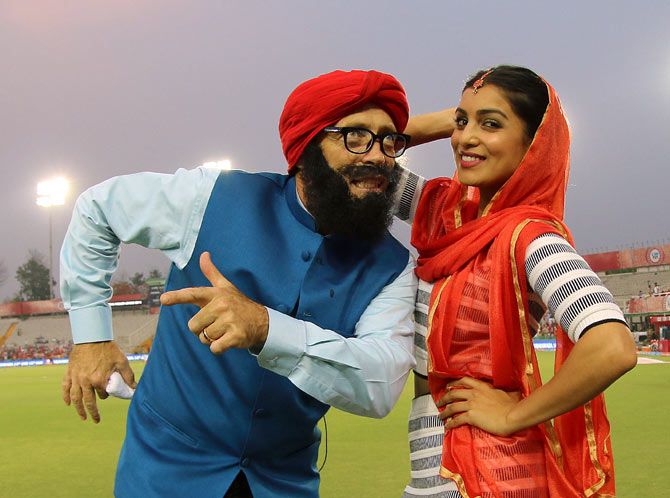 Former New Zealand pacer Morrison, who faced a backlash of criticism on Twitter, claimed his act was cleared by broadcasters Sony TV.

"Dear sports fans, especially those in UK / SA / NZ..host broadcaster Sony tv asked me to dress up & we cleared wth bosses!," he posted on Twitter.

“In my personal view, I didn’t think it was offensive,” Bhana told Stuff.co.nz.

“When you look at Danny Morrison, and I’m an avid cricket follower, he welcomed everyone in a place called Mohali, which is in the Punjab. And he welcomed them in their language too, basically saying ‘Kia Ora’. And that was it really. I couldn’t see anything that was offensive at all. 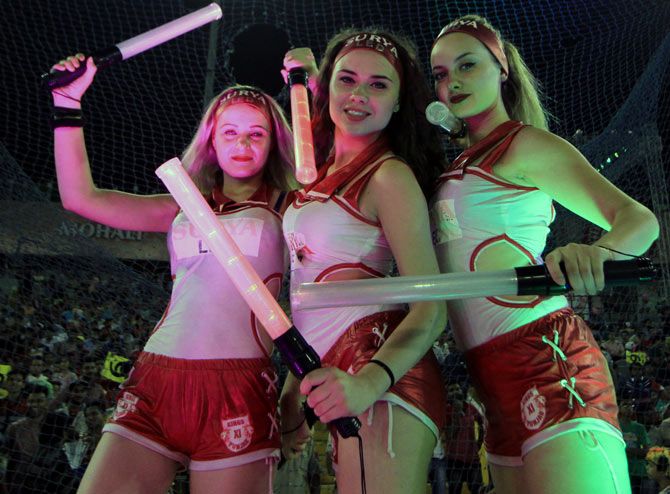 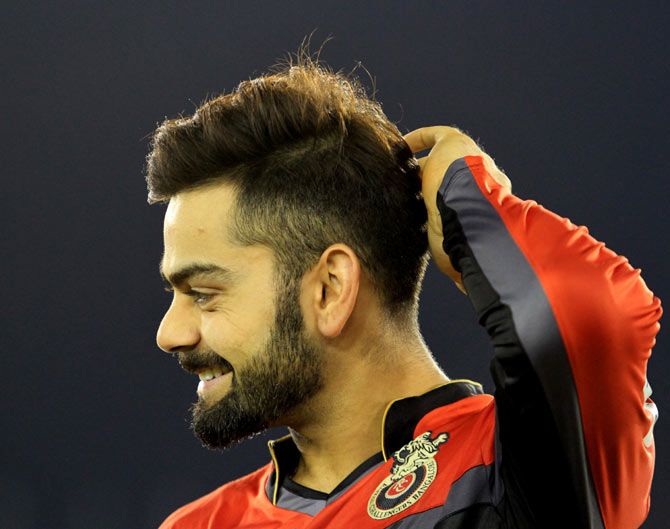 IMAGE: A delighted Virat Kohli after the match. Photograph: BCCI

Chasing a target of 176, Punjab looked on course for victory, with Vijay smashing 89 off 57 balls. However, Chris Jordan did well to hold his nerve, conceding 15 runs in the final over with the hosts needing 17 for a victory.

The victory saw RCB climb a place to sixth, with eight points from nine games, and stay in contention for a place in the play-offs, while Punjab, with six points from 10 games, face a tough task as far as their chances of progressing are concerned. 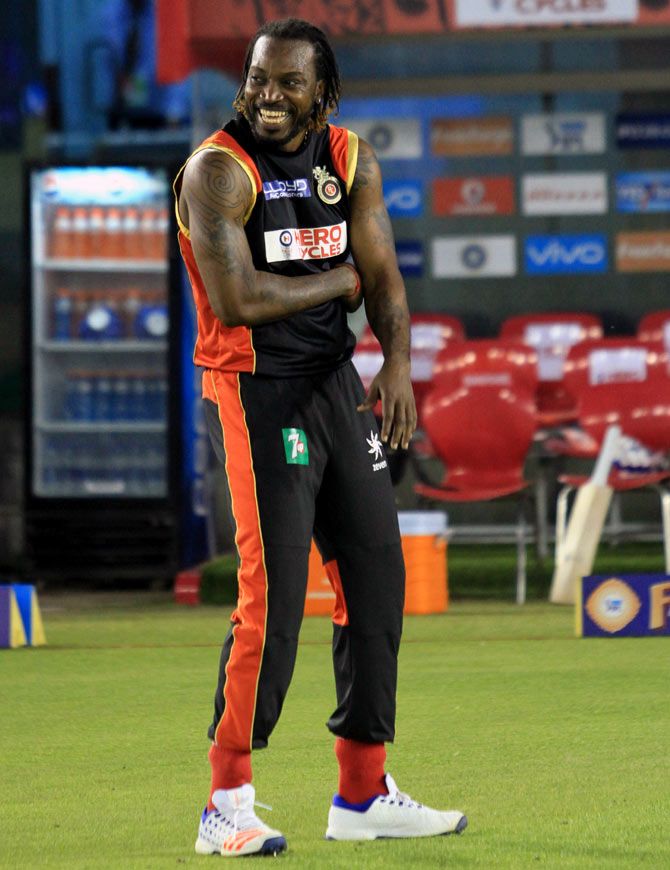 IMAGE: Even though Chris Gayle is struggling to make it to the RCB's playing eleven, he does well on the sidelines by cheering the team. Photograph: BCCI
COMMENT
Print this article 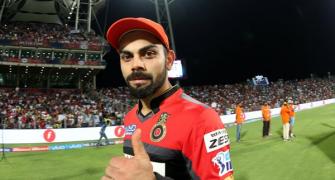 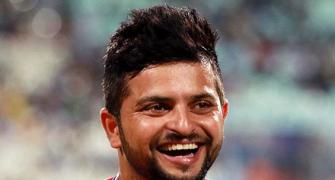 Father-to-be Raina finally gets a break in IPL! 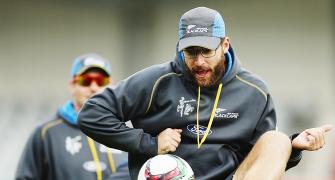 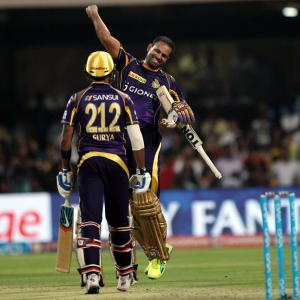 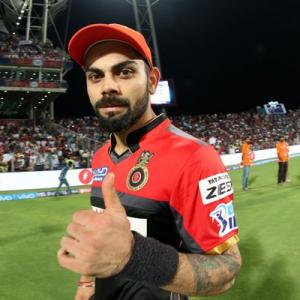