Mishra snared four wickets as Delhi produced a disciplined bowling performance to restrict Mumbai to a below-par 137 for nine after they were 67 for 2 in seven overs.

"Actually, when we started, we were a little under pressure. Mishybhai (Amit Mishra) brought us back into the game," Pant said, at the post-match presentation.

"The bowlers did a fantastic job to stop them for 138 runs, because, yes, it is a low-scoring match, but still it is a difficult pitch to bat on."

Pant said they planned to restrict the opposition to 140-150, which he believed was chasable target on this two-paced wicket.

"As we like to talk it into the group that we will keep it simple, will take one match at a time. So, we were thinking that we are going to restrict them at at-least 140-150, then we can chase that target," Pant said.

Chasing the total, Shikhar Dhawan scored a 42-ball 45 and added 53 runs with Steve Smith (33) for the second wicket.

"From the first match (here), we've learnt that if you keep wickets in hand, you can chase any target on this wicket," said Pant, after his side registered its third win from four games.

Yadav, who also took one wicket in his four overs, was impressive in the field and Pant described him as a "great Indian player" who they are "trying to groom".

"He can do wonders for us in a wicket like this," Pant said.

"After the start we got we should have batted better in the middle overs. It is happening time and again. We aren't able to capitalize on our starts and we need to understand as a batting unit," said Rohit, who made a quick-fire 44.

"But you have to give credit to the Delhi bowlers, they kept it tight and kept taking wickets," added Rohit, adding his injury was only a niggle and should be fine. 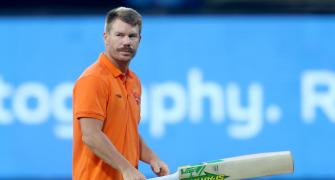 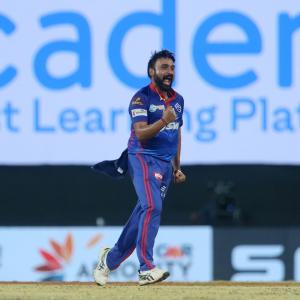 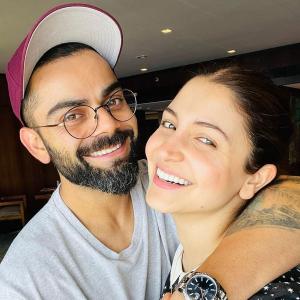