Kolkata Knight Riders breezed into the final of the Indian Premier League after scoring a thumping 18-run win over Delhi Daredevils in the first Qualifier in Pune on Tuesday.

It was an interesting clash between the two IPL heavyweights but Kolkata emerged winner as they bowled with more discipline with each and every bowler taking at least one wicket.

Kolkata Knight Riders recovered from regular blows to post a fighting 162 for four after electing to bat and then stopped Delhi to 144 for eight at Subrata Roy Sahara stadium.

It is for the first time that Kolkata have made it to the summit clash in five editions of the league so far.

Yusuf Pathan, who was going through a lean patch so far, struck form just at the right time for Kolkata as his uneaten 40 and a crucial 56-run stand with Laxmi Shukla (24) in just four overs helped his side cross 150-run mark.

The top three Kolkata batsmen -- Gautam Gambhir (32), Brendon McCullum (31) and Jacques Kallis (30) batted well but could not convert the starts into big knocks. Delhi too paid the price of not having big partnerships as they lost wickets intermittently. Pressure gradually grew and the lower-order batsmen failed to soak in that.

Mahela Jayawardene top scored for them with his 40 and for Kolkata Jacques Kallis (2/24) and Sunil Narine (2/24) shared four wickets between them.

Delhi still have a chance to make the final as they will play in second Qualifier on May 25 against the winner of the Eliminator, which will be played between Mumbai Indians and Chennai Super Kings.

For Delhi it was a forgettable start to the chase with both the openers -- Virender Sehwag (7) and David Warner (10) were dismissed within 13 balls.

Warner was bamboozled by a turning ball from Shakib al Hasan which hit his pads before landing in gloves of McCullum. However umpire Billy Doctrove held the appeal.

Sehwag was out next ball when he chased a widish Balaji delivery and just managed an edge into the gloves of McCullum.

Jayawardene (40) and Ojha (29) added 59 for the third wicket to not let Kolkata build on the momentum. The Sri Lankan hit some majestic shots and Ojha too was impressive with his shots.

Rajat Bhatia broke the partnership by having Ojha caught at point and Iqbal Abdulla had Jayawardene stumped as the match again shifted in Kolkata's over.

Delhi surprisingly kept Ross Taylor behind in the line-up and sent Venugopal Rao ahead of him. Delhi needed 54 off the last five overs and Venugopal did not help their cause by taking 22 balls for his 13.

Taylor struck a towering six off Sunil Narine and now everything depended on him as Delhi required 33 from 12 balls.

However, the Kiwi fell while going for a big shot off Kallis. Negi and Mokel were out in the last over, in which they required 26 runs and it was all over for Delhi in this contest.

Earlier, Delhi bowlers struck regularly to almost make it look like a no-contest but Pathan's 21-ball 40 and Shukla's 24 off 11 balls brought Kolkata back in the match.

Kolkata were 106 for four in 16 overs but Pathan and Shukla came out all guns blazing and punished Delhi bowlers severely.

Gambhir led the side to a decent start as he smashed 32 off just 16 balls before a tragic run out ended his partnership with McCullum.

Things were not going Delhi's way as Gambhir continued with his red-hot form. He hit Umesh Yadav for a six in the second over and also hit Varun Aaron for a six and four.

However, a direct hit from Venugopal Rao, when Gambhir went explored a non-existent single, ended his knock.

It was Gambhir who was scoring fast as McCullum relied more on ones and twos. His stay at the crease was almost close to 10 overs but the Kiwi could find only two boundaries.

Left-arm spinner Pawan Negi was getting sharp turn from the pitch and he troubled both McCullum and Jacques Kallis. He bowled brilliant three overs initially and gave away 11 runs.

The only blemish was a six McCullum hit off him but the spinner had the last laugh as he got the Kiwi two balls later.

Kallis was meanwhile dropped by Pathan off his own bowling. Kolkata suffered another blow when Pathan had Shakib caught behind. Kolkata were struggling, as they were 99 for three in 15 overs.

Their big hope was Kallis but the South African too departed when he was caught at deep mid-wicket off Yadav.

Yusuf Pathan lifted gloom by hitting Morne Morkel for a six and pushed the accelerator button. He also hit Yadav for a four and was getting good support from Laxmi Shukla.

Both of the them creamed Morkel for 15 runs and Varun Aaron for 21 runs in the last two overs. Pathan hammered Aaron for one six and two fours.

Source: PTI© Copyright 2021 PTI. All rights reserved. Republication or redistribution of PTI content, including by framing or similar means, is expressly prohibited without the prior written consent.
COMMENT
Print this article
Two headmasters of govt school beaten to death in Bihar
BJP says Sonia's comments regrettable, condemnable
We achieved much but we need to do better: PM to UPA 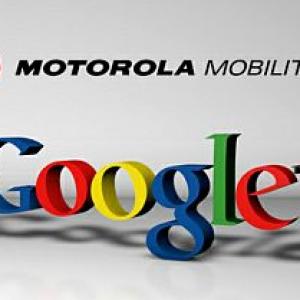 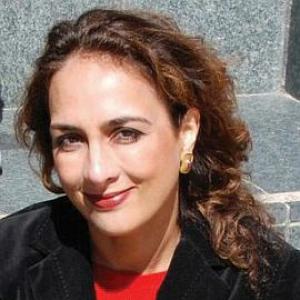