News
Business
Movies
Sports
Cricket
Get Ahead
Money Tips
Shopping
Sign in  |  Create a Rediffmail account
Rediff.com  » Cricket » 'It appears that Srinivasan will not quit on his own'

The top brass of the Board of Control for Cricket in India (BCCI) were huddled in a series of meetings during the day to discuss the raging IPL spot-fixing issue amid indications that the defiant N Srinivasan will hold on to his position as BCCI president.

It is learnt that some of the top BCCI officials met Srinivasan and have tried to convey to him that it would be better for the BCCI's image and the IPL's credibility if he steps down.

But top BCCI sources said that Srinivasan has shown no inclination to step down from the post as yet, maintaining that he had done no wrong. 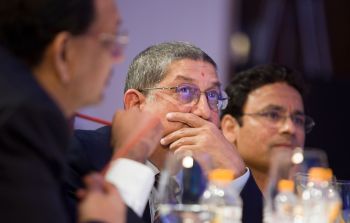 BCCI vice-president Arun Jaitley also had a meeting with Srinivasan though it is not known exactly what was discussed by the two.

A Board press release stating that Srinivasan will hold a press conference at 4pm triggered off speculation that he may indeed step down on his own.

But it appeared unlikely that he would do so having only yesterday strongly rejected that possibility saying that nobody could bulldoze or railroad him into submitting a resignation.

BCCI officials, who attended the dinner on Saturday, did not appear to be too keen to press for a change of leadership at the moment, sources said.

They said a consensus seemed to have emerged at the dinner against seeking Srinivasan's ouster at this juncture.

The BCCI members, many of whom owe allegiance to Srinivasan, have argued that there was no provision to suspend an incumbent president, in a clear attempt to dissuade the detractors from pursuing such a course.

Srinivasan, IPL chairman Rajiv Shukla, Dalmiya and former BCCI secretary Niranjan Shah had a prolonged discussion in a separate room and were among those who left the dinner late.

A top BCCI official said that Srinivasan's mood was that of defiance and he was not prepared to step down.

"It appears that he will not quit on his own. Some senior BCCI members will speak to him and then we will get a clear idea about what he wants to do," the official said on condition of anonymity.

Source: PTI© Copyright 2021 PTI. All rights reserved. Republication or redistribution of PTI content, including by framing or similar means, is expressly prohibited without the prior written consent.
Related News: Board of Control for Cricket in India, IPL, Srinivasan, Chennai Super Kings, Gurunath Meiyappan
SHARE THIS STORYCOMMENT
Print this article 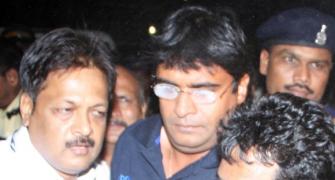 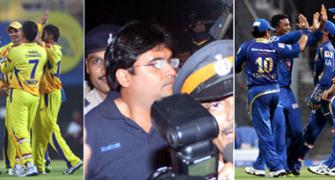 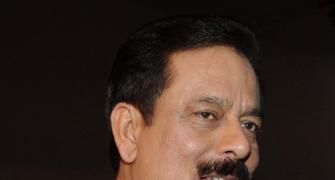 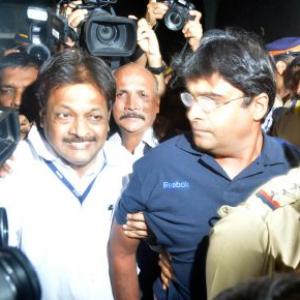 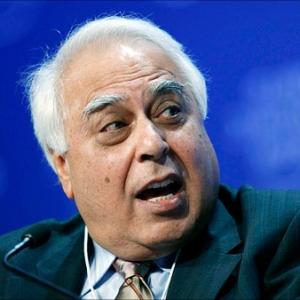