Kings XI Punjab produced a clinical all-round display to register a convincing 16-run win over Rajasthan Royals and consolidate their position at the top of the table in the Indian Premier League in Mohali on Friday.

Sent into bat, table-toppers Kings XI Punjab plundered 46 runs in the last three of their innings to finish with a competitive 179 for four. Their bowlers then came to the party, with Akshar Patel leading the way with impressive figures of three for 24, to restrict RR to 163 for eight. 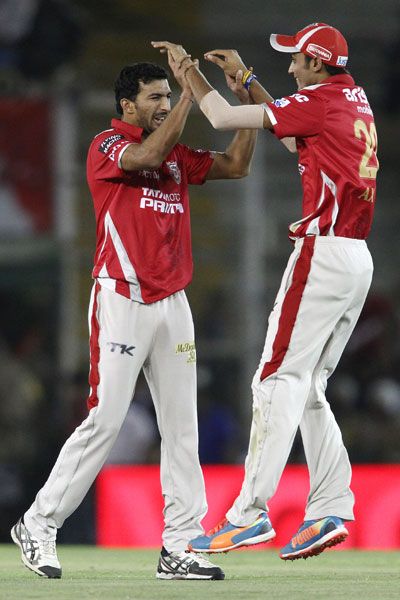 Needing 31 in the last over, James Faulkner (35 off 13) smashed two sixes to make it a little interesting, but the asking rate proved to be too much for RR in the end. Faulkner blasted four sixes during his breezy, unbeaten knock at the PCA Stadium.

Chasing a stiff target, Rajasthan Royals lost Karun Nair (11) with just 21 runs on the board, but the scoring rate was decent. Nair, after hitting a couple of boundaries, gave a skier to George Bailey off L Balaji.

Ajinkya Rahane (23) and Sanju Samson (31) got things moving for the visitors by accumulating 13 runs in the sixth over with the help of three fours. Samson launched Beuran Hendricks for a six, the hook off an attempted short ball clearing the rope.

A very economical over followed, with Karanveer Singh conceding just two runs, and it had an impact on Rajasthan Royals as they lost Rahane, who was bowled through the gate by Rishi Dhawan after the batsman left a gap between his bat and pad.

With the required rate soaring with each delivery, the pressure was showing on Rajasthan Royals. Another big blow awaited RR and the experienced Shane Watson was the next man out, the bowler again being Dhawan, who uprooted the Aussie's stumps after getting one to move back in.

A few overs later, Stuart Binny was sent back by Karanveer Singh to make life even more difficult for the Royals. Samson fell two overs later and when Brad Hodge, after blasting his way to a 18-ball 31 with the help of two sixes and as many fours, got out, it was all over for Rajasthan. Rishi Dhawan and Karanveer Singh picked up two wickets each for Punjab.

Asked to bat first, the Punjab outfit upped the ante towards the end after being 133 for four at the end of 17th over, with the in-form David Miller and skipper George Bailey remaining not outs on 29 and 26 respectively at the PCA Stadium.

Shaun Marsh top-scored with 40, which included five hits to the fence. Kings XI Punjab were off to a brisk start with Virender Sehwag dealing in boundaries, but the opener got out just when he was threatening to notch up a big score. He was caught by Vikramjeet Malik off the bowling of James Faulkner for 18 off just eight balls.

It looked like a soft dismissal as Sehwag played a bit too early and ended up getting a tame top edge for the mid-on fielder to complete a simple catch. Manan Vohra too kept the scoreboard ticking and raced to 25 off 20 balls, when Stuart Binny ran the batsman out. Both Sehwag and Vohra hit three fours each and a six apiece.

After KIXP lost their second wicket with the score reading 54 in the seventh over, a 59-run partnership ensued between Shaun Marsh and Wriddhiman Saha. Marsh played some good shots during his 35-ball knock and completed 4000 runs in all forms of T20 cricket. The Australian struck five fours and one six, before he was done in by a slower ball from Vikramjeet Malik.

There was a brief interruption due to rain and after play resumed, Kings XI Punjab lost Saha, who was out to a well judged catch by Ajinkya Rahane in the deep off the bowling of Rahul Tewatia. The wicketkeeper-batsman made 27 off 20 balls with the help of four boundaries. After that, Miller and Bailey got together and hit three towering sixes and a four between them to prop up the innings. 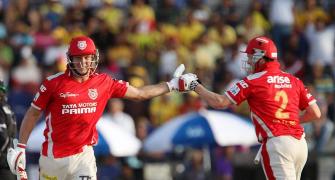 An even contest on hand as Kings XI Punjab face Rajasthan 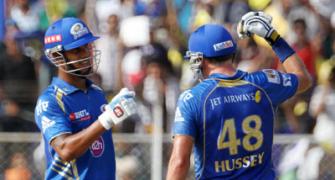 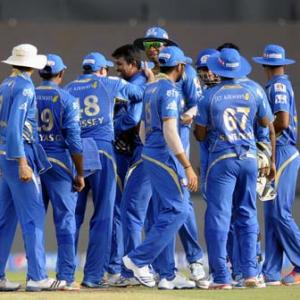 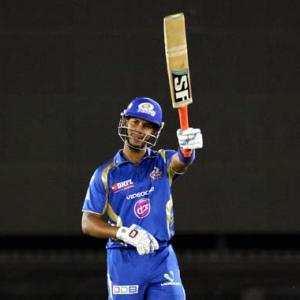