News
Business
Movies
Sports
Cricket
Get Ahead
Money Tips
Shopping
Sign in  |  Create a Rediffmail account
Rediff.com  » Cricket » 'It was one of the best partnerships of IPL 2012'

Deccan Chargers on Tuesday registered only their second victory in IPL V and opener Shikhar Dhawan attributed the 13-run win to the third-wicket stand between Kumar Sangakkara and Cameron White.

"It was one of the best partnerships of IPL 2012. They batted fabulously. They started off well, rotated the strike and then went for the big shots. They were incredible," Dhawan said after the match.

"I've been going well, but I would have liked to stay a little longer at the wicket. I watched Sangakkara today and wanted to score some big runs like him," he added.

Dhawan also praised their bowlers for the victory.

"Our bowlers bowled really well. Credit goes to them that they bowled well under such pressure," he said.

"Of course, there was pressure from ball one. But we were sticking to our basics and looking to execute our plans."

Asked how different is Sangakkara's style of captaincy from White's, Dhawan said: "They both are good captains, but both have their own unique style.

"White has his own field placings, while Sangakkara has his. They both are instinctive. Like today, Sangakkara asked me to bowl one over for him. He was going by his instinct. White, on the other hand, is always changing the field and putting pressure on the batsmen," he said.

Though they did well in batting and bowling, Deccan was sloppy in their fielding.

With just two wins in nine matches, it would take a miraculous performance from Deccan to make it to the play-offs but Dhawan was still hopeful.

"Of course it is a hard task, but hope is always there. We will give it our best to win all the games and make our team proud," he said.

Source: PTI© Copyright 2021 PTI. All rights reserved. Republication or redistribution of PTI content, including by framing or similar means, is expressly prohibited without the prior written consent.
Related News: Dhawan, Cameron White, Kumar Sangakkara
SHARE THIS STORYCOMMENT
Print this article 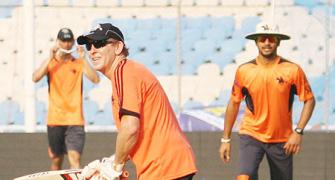 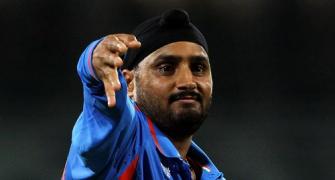 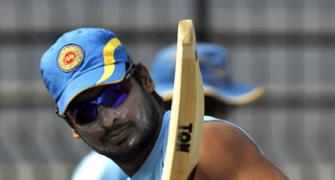 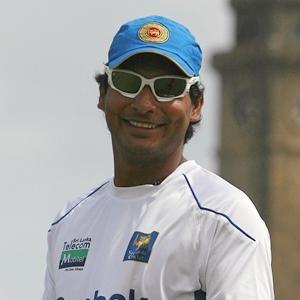