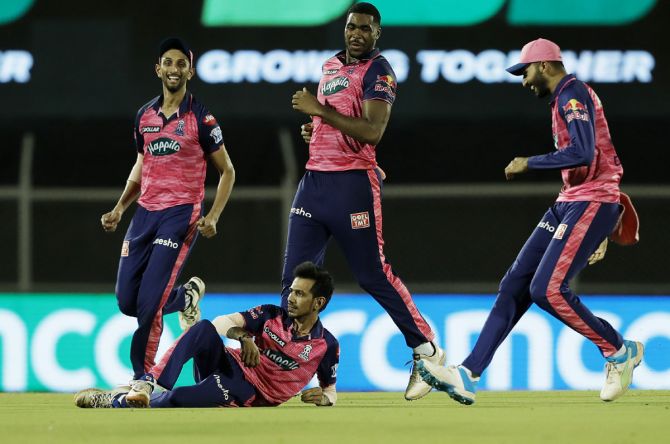 IMAGE: As soon as Yuzvendra Chahal took Pat Cummins's wicket to complete his hat-trick, he decided to celebrate by lounging on the field. Photograph: BCCI

Rajasthan Royals' spin ace Yuzvendra Chahal said his unique celebration after taking the hat-trick against Kolkata Knight Riders was based on a meme during the 2019 World Cup.

Chahal picked up the wickets of Shreyas Iyer, Shivam Mavi and Pat Cummins off successive deliveries to become the 19th player to take a IPL hat-trick.

Immediately after dismissing Cummins to complete the feat, Chahal ran across the turf before coming up with a pose to resemble the meme mocking him during the World Cup three years ago.

The meme, which became quite popular on social media showed the spinner lying down on the turf as he waited with the drinks near the boundary.

Chahal is enjoying a dream season for the Royals in IPL 2022, with 17 wickets in six games at an average of 10. 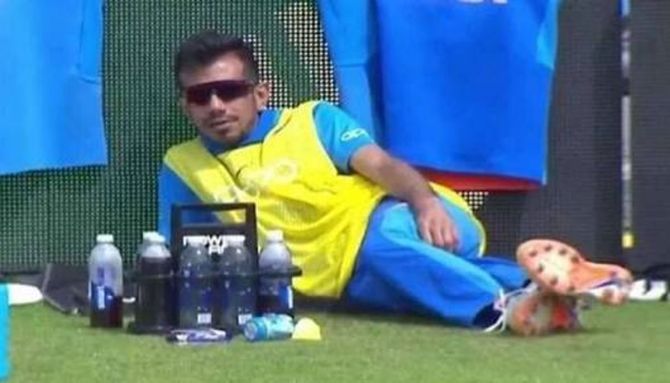 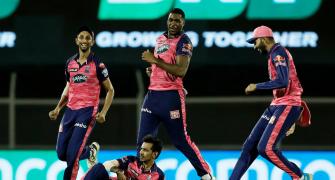 'Chahal showed that leggies are match-winners in IPL' 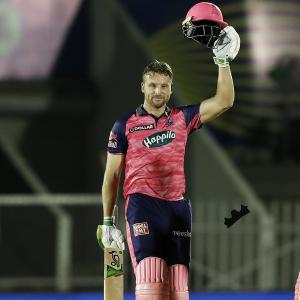