Mumbai knock KKR out of IPL

Mumbai Indians inched closer to their second successive title clash, as they knocked Kolkata Knight Riders out of the Indian Premier League by handing them a four-wicket defeat in a thrilling Eliminator match at the Wankhede stadium in Mumbai on Wednesday.

Mumbai will now lock horns with Royal Challengers Bangalore on Friday in qualifier-II, the winner of which will take on defending champions Chennai Super Kings in the summit clash on Saturday.

The victory was set up by Mumbai's bowlers, who exploited the slow Wankhede track well and put their side in the driver's seat by restricting Kolkata to 147 for seven. 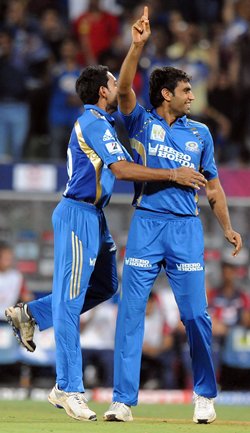 Munaf Patel (3/27) was the most successful bowler while Lasith Malinga was, as usual, the most economical, giving away just 19 runs apart from taking one wicket.

The hosts then overcame a few hiccups to achieve the target with four balls to spare as they lost some quick wickets after openers Sachin Tendulkar (36) and Aiden Blizzard (51) had scored a quick 81 runs.

By virtue of this win, Mumbai also qualified for the next Champions League.

Rohit Sharma (0), Ambati Rayudu (12) and Kieron Pollard (3) fell early but James Franklin, who had scripted Mumbai's win in the last outing against the same opponent, yet again played sensibly to ensure that KKR do not upset them.

Left-hander Franklin scored an unbeaten 29 off 25.

Had it not been the heroics of Dutch batsman Ryan ten Doeschate, who scored an unbeaten 70 under pressure, Kolkata would not have got even near the 150-run mark.

Kolkata were reeling at 20 for four after six overs but a dogged Doeschate resurrected their innings with his fighting knock which came off 49 balls and had nine boundaries, including three sixes.

Kolkata went into the match with a new opening pair -- that of Jacques Kallis (7) and Gautam Gambhir, but the duo failed to give the start that the visitors were looking for.

Kallis made his intentions clear when he hit a boundary off Munaf Patel in the second over. However, the bowler had his revenge, the South African failing to clear Sachin Tendulkar at long-off.

Gambhir too came a cropped at the other as he was castled by Harbhajan Singh for just four.

Seevats Goswami too was back in the hut after scoring just three.

Kolkata were reeling at 20-4, before Yusuf and ten Doeschate revived the innings.

Mumbai used their bowlers smartly, as skipper Tendulkar made quick changes, not allowing the batsmen to get the hang of the bowlers.

But it was Kieron Pollard's over that changed the momentum for Kolkata innings. After the strategic break, when Pollard came in to bowl, Doeschate went after him, smashing a six and boundary, and then Yusuf rounded off the over with a boundary.

Pathan then, in the next over, smashed Harbhajan for a boundary as Kolkata looked to move on. But then Munaf, in his second spell, struck, dismissing the dangerous Yusuf -- the Baroda batsman caught in the deep by Pollard.

Shakib al Hasan then joined forces with ten Doeschate and the southpaw tore in to Dhawal Kulkarni, smashing him for three consecutive boundaries.

It was Shakib's innings that provided the momentum to the KKR innings. He then took on Munaf, smashing him for couple of boundaries in the 16th over.

Tendulakar then turned to Malinga to provide the breakthrough and the Sri Lankan didn't disappoint as he knocked Shakib's leg stump out.

Shakib gave himself a bit of charge but was done in by a slower one as the ball hit his left thigh and fell back on the stumps.

Meanwhile, Doeschate soon reached his half-century with a single off Malinga. His brilliant innings consisted off six boundaries and three towering sixes.

In the final over, he smashed a six off Pollard as the Kolkata took nine runs from it. 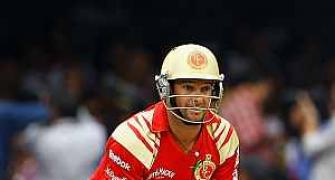 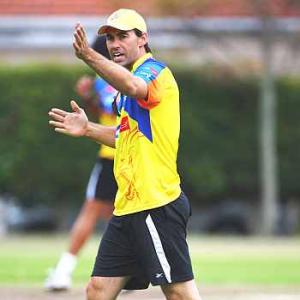 Needed to be more pro-active against KKR: Fleming 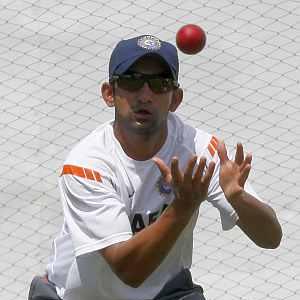