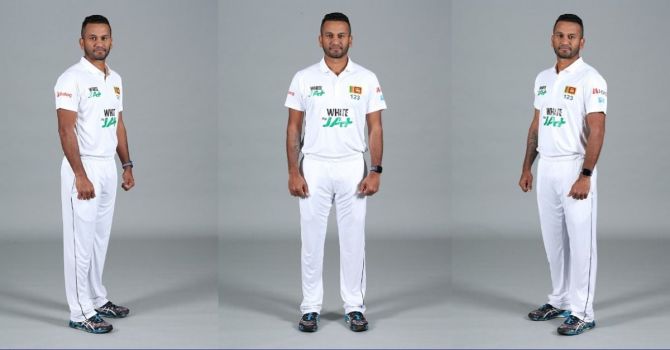 Ahead of the first Test against South Africa, Sri Lanka skipper Dimuth Karunaratne on Wednesday revealed the side's new jersey for the longest format games.

"For the first time, the Sri Lanka men's Test team shirt will feature a large sponsor logo across the front. This temporary call was taken by the ICC as a measure to help cricket boards recover from revenue losses in the wake of the Covid-19 pandemic," SLC tweeted.

Earlier in the month, the three-match ODI series between England and South Africa was postponed after some positive COVID-19 cases were reported.

After the conclusion of the South Africa tour, Sri Lanka will host England in a two-match Test series.

Earlier in the day, Marais Erasmus and Adrian Holdstock were appointed as the on-field umpires by the International Cricket Council (ICC) for the Test series between South Africa and Sri Lanka.

The first Test between Sri Lanka and South Africa will be played from December 26 in Centurion while the second match is scheduled to begin on January 3 in Johannesburg.

At a hearing of the sessions court in Lahore on Wednesday, the legal counsel said that Hamiza resorted to delaying tactics to prolong the trial so that she "could blackmail and harass" Babar, who is presently in New Zealand with the national team.

Hamiza has alleged in a petition filed with the court that Babar had a relationship with her and promised marriage before sexually exploiting and using her money.

The legal counsel for the Pakistan captain, however, said the girl had first demanded Rs 10 million to drop her case and then reduced her demand to Rs 2 million, but he insisted his client would "not pay a single paisa" as "all her allegations were baseless".

"She is trying to defame and harass my client knowing he is a famous personality," he told the court.

He also asked the sessions court judge to summon Hamiza's lawyer and direct him to conclude his arguments in the case.

The court later adjourned its hearing and issued directives that the lawyer for Hamiza appear and read out his arguments. 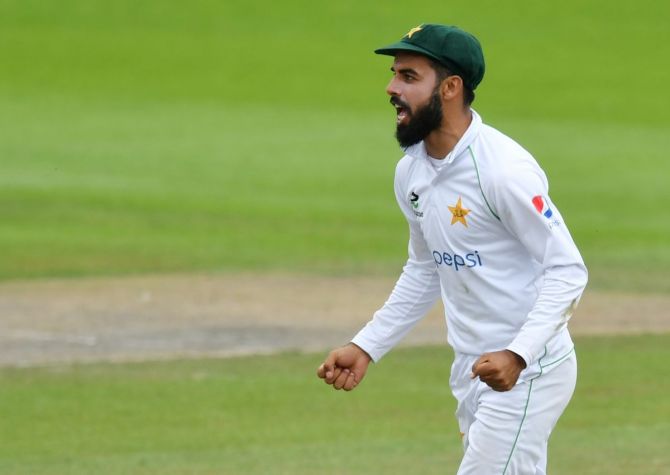 All-rounder Shadab Khan became the third Pakistan player to be ruled out of their opening Test against New Zealand with injury, the country's cricket board said on Wednesday.

Pakistan are already without skipper Babar Azam and opener Imam-Ul-Haq, both nursing thumb injuries, for the Boxing Day Test scheduled at Mount Maunganui from Dec. 26.

"Shadab will now undergo MRI scans in Tauranga on Thursday, following which a further update on the exact nature of the injury and time needed to return to competitive cricket will be provided," the Pakistan Cricket Board (PCB) said in a statement.

Uncapped left-arm spinner Zafar Gohar has joined the Test squad from the Pakistan A team currently in Hamilton.

The second and final test is scheduled in Christchurch from January 3.

The 35-year Karthik will spearhead a squad that is a mix of experience and youth.

However, the team will be without the services of seasoned India off-spinner Ravichandran Ashwin, Washington Sundar and T Natarajan, who are away in Australia on national duty.

Medium-pacer Aswin Crist returns to the state side after a gap of three years due to injuries while Sandeep Warrier, who has shifted from Kerala, is also a part of the team.

A few days ago, veteran batsman Murali Vijay had pulled out of the team due to personal reasons while medium-pacer K Vignesh, who tested positive for coronavirus, was replaced by all-rounder R S Jaganath Sinivas.

Tamil Nadu had lost in the final of the 2018-19 edition to Karnataka.

The team will have a camp beginning on Thursday and will take part in practice matches. The team is expected to leave for Kolkata on January 2.

Tamil Nadu is placed in Elite Group B.

The Indian Cricketers Association (ICA) on Wednesday nominated former India spinner Pragyan Ojha as its representative to the IPL governing council, a day before the BCCI's Annual General Meeting.

The BCCI will hold its 89th AGM in Ahmedabad on Thursday.

The association was earlier represented by former India player Surinder Khanna, as according to the BCCI constitution, the ICA is required to send a member to the IPL governing council every year.

"Yes, the ICA's directors have nominated Pragyan Ojha to the IPL governing council. Surinder Khanna has done a very good job and we like to give opportunity to every one," ICA president Ashok Malhotra told PTI.

Left-arm spinner Ojha retired from international and first-class cricket in February this year.

The ICA, whose Board of Directors arrived at the decision after its AGM on December 19, also issued a press release in this regard.

"The members had authorised the Board of Directors to nominate the member to the IPL GC and the ICA Board, after due deliberations and taking into consideration any possible issues of conflict of interest, found in Ojha a suitable candidate to represent them. This nomination will hold good for one year," the ICA stated in the release.

"The AGM conducted via video conference, touched upon the issues that had been raised by the ICA Representatives to the BCCI Apex Council to further the cause of ICA's members.

"The representatives as also the ICA office bearers had repeatedly raised the issue with the BCCI of increasing the gratis and medical reimbursement and include widows as also those who have played between 10 and 24 first class games for the same. The BCCI has also been requested to include domestic women cricketers in their gratis scheme," the ICA said.

Besides Ojha, Brijesh Patel and Khairul Jamal Majumdar, who were unanimously chosen by the BCCI last year, will be the other members of the IPL governing council.

The 34-year-old Ojha last played for India in 2013 during Sachin Tendulkar's farewell Test against the West Indies in Mumbai.

No captaincy thoughts as Markram looks for reset in Test cricket

Aiden Markram must first cement his place in the side before he can realise his dream of captaining South Africa, though the opening batsman feels refreshed ahead of a two-Test home series against Sri Lanka that starts on Boxing Day.

Markram, 26, was earmarked early in his career as a future Test captain, but the poor form in a turbulent 18 months where he lost his place in the side means he is back to square one and looking to reignite his career.

White-ball skipper Quinton de Kock has agreed to lead the test team for the 2020-21 international season until a long-term appointment can be made, and Markram is concentrating only on scoring runs before thinking of anything else.

"In terms of captaincy, it is something I really enjoy doing, but I have not put much focus on that," Markram told reporters on Wednesday.

"I am playing for my spot again, so for me to be thinking about the captaincy is certainly not on my radar. I haven’t been good enough over the past 18 months."

He feels the time away from international cricket, brought about by the COVID-19 pandemic, could turn out to be a blessing in disguise.

"I played a lot of cricket where I was struggling, so I didn't have time to reflect on things that maybe worked in the past and just slow things down," he said.

"It felt like everything was becoming more and more rushed, and when you are out of form it is a tough place to be. It can be a snowball effect. So that time we had off was great to clear the mind." 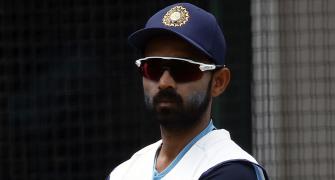 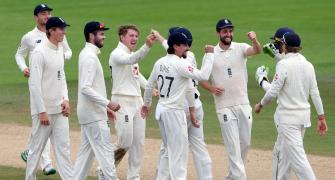 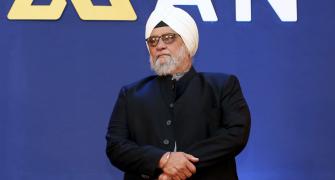 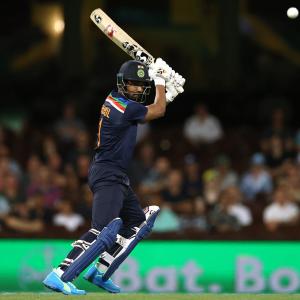 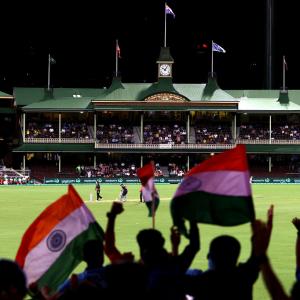