Statistical highlights on the third day of the second Test between India and South Africa in Durban, on Tuesday.

# Mark Boucher became the second South African wicketkeeper to effect nine dismissals in a Test against India. Dave Richardson, at Port Elizabeth in December 1992, was the first.

# Boucher, for the third time, effected nine dismissals in a Test -- the first two instances were the Port Elizabeth Test against Pakistan in 1997-98 and against England at Leeds in 2008.

# Laxman is averaging 57.81 in the third match innings, aggregating 2197 in 47 innings, including four hundreds and 14 fifties.

# In a completed innings, Laxman has top-scored 18 times.

# Laxman (96 off 171 balls) posted his highest Test innings in South Africa, bettering the 89 at Port Elizabeth in November 2001.

# Lonwabo Tsotsobe (3/43) recorded his best bowling performance in Tests, outstripping the 2 for 40 in the first innings of the present Test.

# Laxman's runs tally of 199 (ave. 66.33) in four innings, including two fifty-plus innings, is the best by an Indian batsman at Kingsmead, Durban.

# Laxman has registered four innings in the nervous nineties -- one each against Pakistan, New Zealand, South Africa and Australia.

# Laxman and Zaheer Khan were associated in a stand of 70 for the eighth wicket -- India's second highest at Kingsmead, Durban, next only to the 101 between Pravin Amre and Kiran More in November 1992.

# Zaheer (27 off 63 balls) has registered his second highest Test innings in South Africa -- his highest is 37 at Johannesburg in December 2006.

# Hashim Amla is averaging 15.54 at Kingsmead, Durban, aggregating only 171 in six Tests including one fifty -- 69 against West Indies in January 2008. 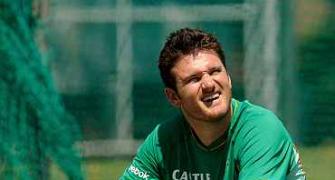 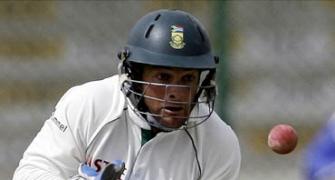 The beginning of the end for Boucher? 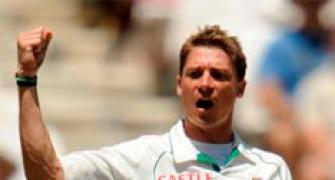 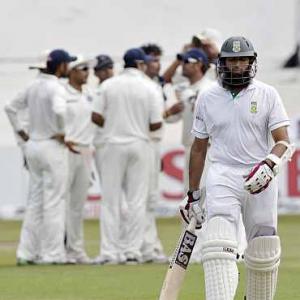