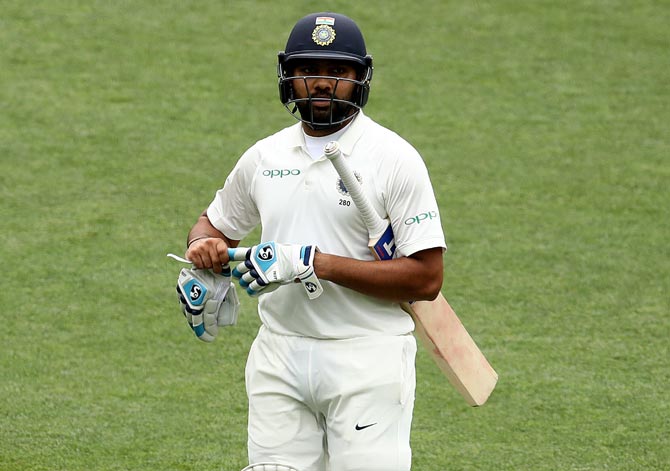 IMAGE: Rohit, who didn't make it to the playing XI in the two-Test series in the West Indies, was given another opportunity to revive his Test career. Photograph: Ryan Pierse/Getty Images

Limited overs phenomenon, Rohit Sharma starts life as a Test opener but the embattled Rishabh Pant will not be there when India begin experimenting with the batting in the opening match against South Africa, in Visakhapatnam, on Wednesday.

Wriddhiman Saha will play his first international match in 22 months after India captain Virat Kohli confirmed that the Pant was being dropped from the first Test of India's home season.

While India will be desperately hoping that Rohit replicates his limited overs success in the traditional format, the build-up to the experiment has not been ideal to say the least with the batsman failing to score in the only warm-up game before the series.

But it won't surprise many if the stylish opener scores a 'daddy hundred', like he is used to in the blue jersey.

Rohit is in the form of his life and many former India cricketers, including Yuvraj Singh, believe that the Mumbaikar should be playing in all formats and be given a long run as a Test opener.

He could not be accommodated in the middle-order in the two Tests in the West Indies but now with K L Rahul dropped due to lack of runs, Rohit opening the innings could be a blessing in disguise for India.

In the net sessions ahead of the first Test, all eyes were on Rohit, who seemed very much determined to make the most of the opportunity and improve his Test record.

Kohli backed Rohit on the eve of the match, assuring him enough opportunities.

"...if he does that (succeeds in the opening role), then our batting order at the top becomes more lethal. It is difficult to have a player like that to not start every time," said Kohli.

Another talking point in the run-up to the series was the fight for the keeper's slot between Pant and a fit-again Saha.

The prospect of playing on rank turners coupled with Pant's indifferent form with the bat in recent times has opened the door for the technically sound Saha.

"Saha is fit and fine to go. He is going to start the series for us. His ‘keeping credentials are for everyone to see. He has done well with the bat whenever he has got a chance. According to me he is the best keeper in the world," said Kohli at his pre-match press conference

The captain also confirmed the availability of seasoned spinner Ravichandran Ashwin. Ashwin, who is yet to play international cricket since he injured himself during the Adelaide Test win last December, was not part of the Tests in the West Indies.

The rest of line-up looks settled with India fielding two pacers and as many spinners. If the wicket is turning, Hanuma Vihari will be expected to contribute as the third-spinner.

Jasprit Bumrah's absence is a big blow but trust Ishant Sharma and Mohammad Shami to do the job for India. Only one spinner featured in the playing XI in the West Indies, Ravindra Jadeja, and it remains to be seen who among Ravichandran Ashwin and Kuldeep Yadav partners him.

India are the overwhelming favourites against South Africa who have come here with a new-look squad. Only five players, including skipper Faf du Plessis, were part of the squad that received a 3-0 hammering from India four years ago.

Not many are giving the Proteas a chance in the series, especially if the ball starts to turn. Aiden Markram and Temba Bavuma were amongst the runs in the warm-up and that should give them confidence ahead of the game.

The pace trio of Kagiso Rabada, Vernon Philander and Lungi Ngidi can trouble the Indians, especially with prediction of overcast skies and spells of rain on all five days of the game.

India, who are aiming to win a record-breaking 11th consecutive series at home, need to be wary of South Africa's potent pace attack comprising Rabada, Philander and Ngidi. 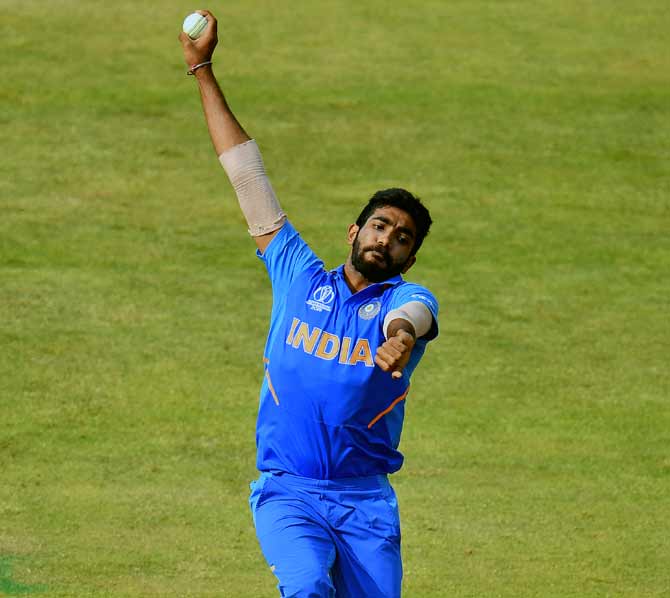 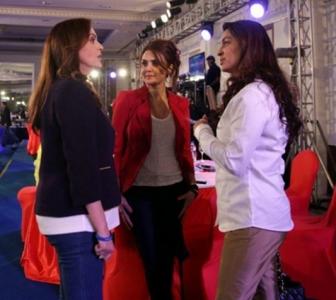 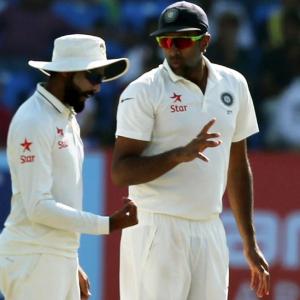