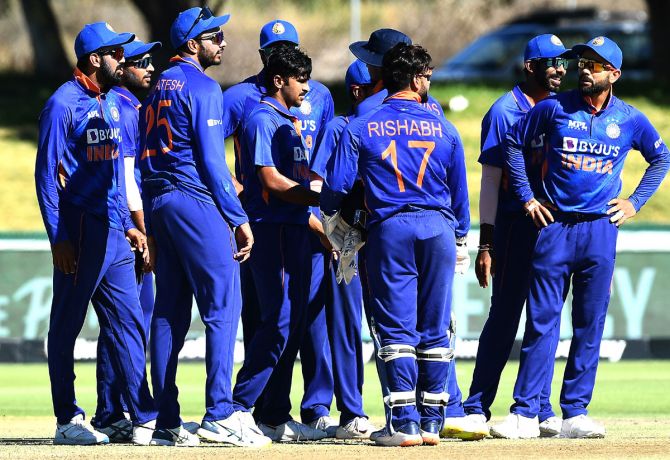 Having already surrendered the series after a seven wicket thrashing in the second ODI, India would like to avoid the embarrassment of a series whitewash in the final game against South Africa on Sunday.

Getting back to winning ways won't be easy for the deflated Indians who have been comprehensively outplayed in all departments in the first two ODIs.

The middle order batting has been a problem, but the bowling in the middle overs has been a bigger headache with experienced spinners Ravichandran Ashwin and Yuzvendra Chahal unable to make an impact against the inexperienced South African batting line-up.

Chahal and Ashwin managed just a wicket each in the first two games. In contrast, the South African spinners have fared much better with Tabraiz Shamsi the highest wicket-taker in the series with four wickets, while Keshav Maharaj and part-time tweaker Aiden Markram have claimed two wickets each.

Senior pro Bhuvneshwar Kumar has gone wicketless in both games, conceding 131 runs in the 18 overs he bowled. Bhuvi must make way for Mohammed Siraj or Deepak Chahar for the third ODI.

Jasprit Bumrah has been the only saving grace with three wickets at an economy rate of 4.25 while Shardul Thakur has gone for a lot of runs.

Shikhar Dhawan (108) and Rishabh Pant (101) are the only Indian batters to score more than 100 runs in the first two games. Thakur with 90 runs from two innings has fared much better than most of his accomplished batting colleagues.

Another defeat could dent Rahul's aspirations to take over the ODI captaincy full-time in the future. He will need to be more proactive and ring in regular changes to prevent the game from drifting away from India's grasp in the middle overs.

Why does Head Coach Rahul Dravid not overhaul the playing XI for the final ODI, give Ruturaj Gaikwad, Ishan Kishan, Mohammed Siraj, Deepak Chahar and Jayant Yadav a chance to show what they are capable of?

Who do you think should be part of India's playing XI for the final ODI against South Africa? Please pick your choices from the list and kindly post your team in the message board below: 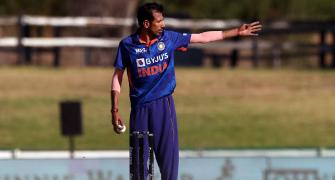 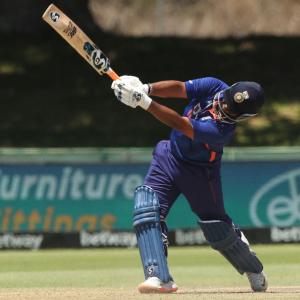 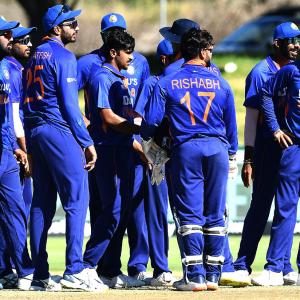