News
Business
Movies
Sports
Cricket
Get Ahead
Money Tips
Shopping
Sign in  |  Create a Rediffmail account
Rediff.com  » Cricket » India limited overs squad: Who is in and who lost out

India limited overs squad: Who is in and who lost out 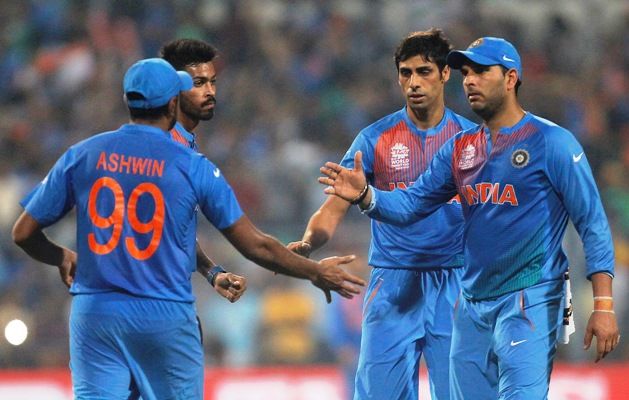 Indian cricket ushered in a new era as Virat Kohli was anointed captain for all three formats as he took over from Mahendra Singh Dhoni as India’s limited overs captain from the series against England, starting on January 15.

That decision, taken at the BCCI Selection Committee meeting in Mumbai on Friday, did not evoke surprise, but there were a couple of changes that were not expected.

To begin with, veteran Yuvraj Singh made a comeback to the national team fold.

But according to chief selector MSK Prasad, the left-hand all-rounder was picked on the back of a strong showing in Ranji cricket.

Yuvraj, who is making a comeback nine months after playing in the World T20 last year, struck a massive 672 runs in five games at an average of 84 with a highest score of 260 against Baroda before he took a break due to his marriage.

"We should appreciate how Yuvraj has played. He did extremely well in domestic cricket, which has been appreciated," Prasad told the media after the meeting.

Among the other surprising moves was the exclusion of Ajinkya Rahane from the T20 team, who has been replaced by Delhi ’keeper Rishabh Pant as a batsman indicating that he could some day replace Dhoni in the squad once the former captain quits the game.

"We know what Mahi is all about, he is a captain by nature, a leader from the front," Prasad showered accolades on the outgoing captain.

Suresh Raina found his place in the shorter format for his prowess in the T20 version.

Here is the ODI and T20I stats of Yuvraj, Raina and Rahane showing why they have been handed the fate in the forthcoming series.

Pacer Ashish Nehra has also been recalled into the squads after a nine-month hiatus following a surgery after sustaining an injury during IPL.

Despite an average performance in Ranji Trophy, fit-again Shikhar Dhawan has been picked only for the ODIs.

His replacement opener, who is likely to partner KL Rahul in T20s would be Punjab's Mandeep Singh. Batsman Manish Pandey has made it to both the squads.

In the ODIs, Amit Mishra will be the leg-spinner and will be replaced by statemate Yuzvendra Chahal in the shortest format.

Only, time will tell if these combinations will work well for Team India once captain Kohli takes over when the series starts on January 15.