India have got some vulnerabilities, but they also have some world-class performers in Rohit Sharma, Virat Kohli, Jasprit Bumrah and the rest -- it’s a pretty handy side!, says former Australia captain Allan Border. IMAGE: Rohit Sharma celebrates after getting to 100 in the World Cup match against South Africa. Photograph: Alex Davidson/Getty Images

Considering where they were earlier on in the day at 79/5 in their innings, it was a remarkable turnaround from Australia to get the victory against the West Indies.

They struggled early on against some very good pace bowling and that’s an area they will need to work on, but any time you can pinch a victory like that it is a pretty good result.

There was also an unlikely hero with the bat in Nathan Coulter-Nile. It was a phenomenal performance from him to make 92 -- let alone to do it from just 60 balls.

It’s a pretty special performance from him to get his side to 288, while Steve Smith was also very good and held it together with those partnerships with Alex Carey and then Coulter-Nile.

That gave Australia something to bowl at when, halfway through the innings, you are questioning what’s gone wrong and all the negatives that can pervade a dressing room.

For them to be on a high going out to bowl, having dodged a bullet to a certain degree with an unlikely hero in Coulter-Nile, was a huge shift in the momentum of the match.

I am surprised Andre Russell and Jason Holder didn’t bowl out their overs, but it was a great performance from Coulter-Nile and the spring in the step was evident in the field early on. 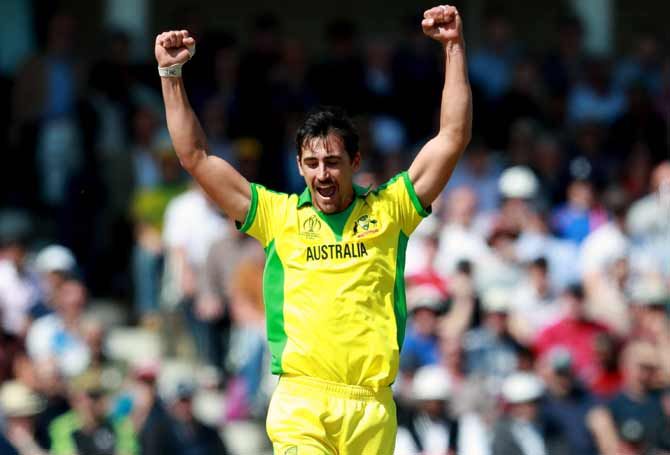 I also thought Mitchell Starc bowled really well to take his five wickets. When he’s got his rhythm and his form is good, he’s definitely the best around -- I think that is without question.

The way he starts, he swings the ball early, and then later on he goes around the wicket and makes it hard for tail-enders to get bat on ball with his pace and the angle he bowls.

It was a tremendous performance from him. Pat Cummins also bowled well, although the others struggled a bit so there are areas for improvement from the Aussies.

But it’s all about winning those close games and getting through, that’s what they are playing for really, it doesn’t matter if you win all nine games if you have a shocker in the semi-final.

If you can win games without playing your best, obviously you want to build to your best, that’s what a time like this is about and India next up will be a big stumbling block.

I think they got out of jail a little bit the other day, the South Africans played pretty well but they are just not scoring enough runs, and then Rohit Sharma kept it all together for the Indians.

India have got some vulnerabilities, but they also have some world-class performers in Sharma, Virat Kohli, Jasprit Bumrah and the rest -- it’s a pretty handy side!

That’s a tough hurdle for Australia but once they’ve played a couple of decent teams, they will have a better idea of where they are at with regards to the rest of the tournament.

All the sides are basically showing they can beat each other, that’s the main thing that’s come out of these early games, there’s no obvious runaway-looking team at the moment.

West Indies will clearly be one of those sides to keep an eye on, they look really dangerous, but Australia are progressing nicely so far and will be happy with their start to the tournament. 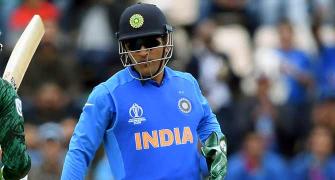 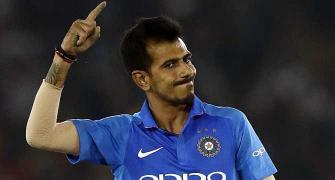 How chess helped Chahal improve as a bowler