Statistical highlights of the third day's play in the second cricket Test between India and England in Nottingham.

# Praveen Kumar has bagged 11 wickets at 28.54 runs apiece -- the highest by an Indian in the current series.

# Praveen's tally is the second highest in the series, next only to Stuart Broad's 13 at 10.76 runs apiece. 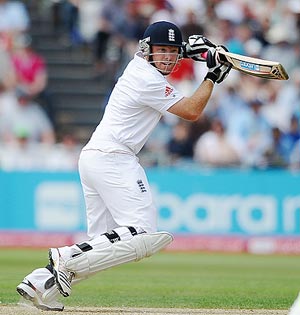 # Ian Bell and Kevin Pietersen were associated in a partnership of 162 -- England's highest for the third wicket against India at Trent Bridge.

# Bell and Pietersen have shared six century partnerships in Tests.

# Bell is the fifth England batsman to register a hundred against India at Trent Bridge.

# Bell's hundred at Trent Bridge is his first against India as well as at number three.

# Pietersen is the eighth English player to accomplish the feat. Graham Gooch is the leading run-scorer for England against India, aggregating 1725 (ave.55.64) in 19 Tests.

# Mahendra Singh Dhoni is the leading wicketkeeper with most dismissals -- 27 catches in six Tests in 2011.

# Eoin Morgan (70) has recorded his third Test fifty -- his first against India.

# Bell and Morgan put on 104 for the fourth wicket -- England's third highest against India at Trent Bridge. 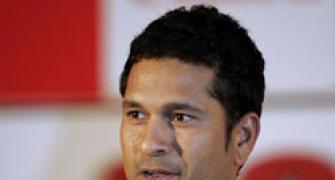 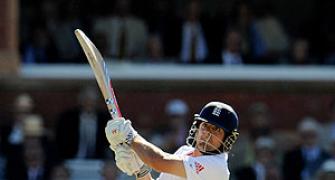 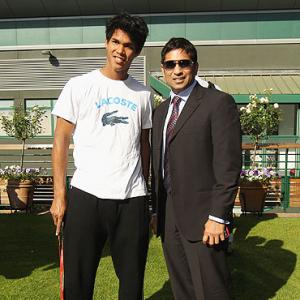