Pakistan will be the team under pressure in Sunday's World Cup clash against arch-rivals India and will face a mammoth task to reach the semi-finals if they lose, according to former Indian batsman Sunil Gavaskar.

Pakistan have lost two of their four games and are eighth in the tournament standings. Their only win came against hosts England and their match against Sri Lanka was washed out.

"It's a must-win game for them," Gavaskar told the World Cup website. "If they don’t win tomorrow, it'll be very tough."

"The fact it's an old rivalry means it will be followed closely by the people of both countries, but Pakistan have had a bit of a stumble so far so there's probably a bit more pressure on them."

With the threat of rain looming large over Sunday's match in Manchester, Gavaskar said India will start as favourites to extend their six-match winning streak over Pakistan at 50-overs World Cups.

"If it's a proper 50-overs game I think India have the strength to win," he added.

"But if gets truncated, if it's a game that gets reduced to 30 overs or less, anything can happen."

© Copyright 2022 Reuters Limited. All rights reserved. Republication or redistribution of Reuters content, including by framing or similar means, is expressly prohibited without the prior written consent of Reuters. Reuters shall not be liable for any errors or delays in the content, or for any actions taken in reliance thereon.
Related News: Sunil Gavaskar, Pakistan, India, IMAGE, BCCI
COMMENT
Print this article 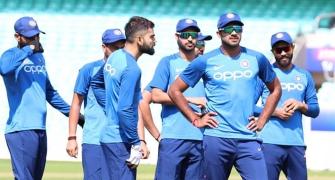 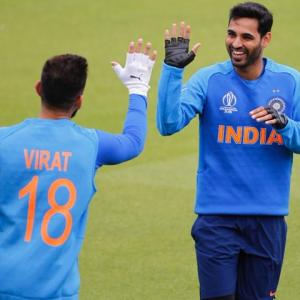