Of Virat's agony and ecstasy: 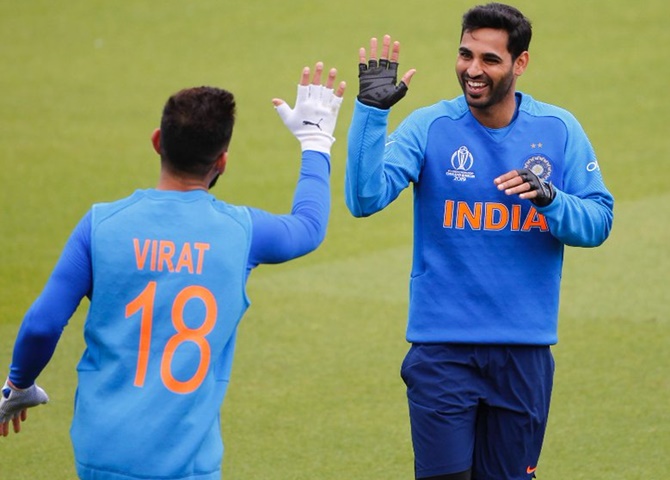 IMAGE: The situation in Manchester is not as grim as Nottingham. Photograph: BCCI/Twitter

Virat Kohli has reached a stage in his illustrious career where he can afford to treat Pakistan game as another day at the job but back in 2009, he was scared after a failure against the arch rivals during a Champions Trophy game in South Africa.

Asked to recollect a tense and happy moment involving a Pakistan game, Kohli immediately referred to his dismissal against Pakistan at the Centurion in 2009.

"The tense (moment) was Champions Trophy 2009, where Yuvi fractured a finger and I was literally flown in and in two days time. I was playing against Pakistan at Centurion. I hadn't experienced anything like that before, and I played a very bad shot, and I couldn't sleep until 6:00 in the morning.

"I was looking (staring) at the ceiling and thinking, that's it, I've flown in, and now I'm finished. So that was the most-tense moment that I've experienced," he recalled.

However, the funny moment was at the expense of the rivals, who had a tough time during the high-profile semi-final at Mohali in 2011 World Cup.

"It happened during the World Cup, and in Mohali there was a little incident which I saw from the opposition side, which I can't really elaborate here (laughter). That was quite funny. It was involving Shahid Afridi and Wahab (Riaz).

"I was standing with the strikers, and I heard a conversation, which as I say, I can't elaborate here, but in a high pressure game, that made me laugh, that's all I can say."

Is he being pestered for passes?"

"Before leaving for UK, I made it clear to my friends that if you come here, you can but don't expect passes. I told them "You have good TV sets in your homes. Watch it sitting on your couches. We only get a few passes and if family is travelling, they get preference," he said.

The situation in Manchester is not as grim as Nottingham and a game even if a curtailed one is expected on Sunday. There was a sharp spell of shower late in the afternoon and the outfield was again soggy.

Groundsmen were seen using rig halogen lights to dry up the outfield.

It has been learnt that rig halogens are being used for the first time during this World Cup. Unlike most Indian grounds, the grounds here only have their square (pitches) covered.

Source: PTI© Copyright 2020 PTI. All rights reserved. Republication or redistribution of PTI content, including by framing or similar means, is expressly prohibited without the prior written consent.
Related News: Nottingham, BCCI, IMAGE, Manchester, Kohli
SHARE THIS STORYCOMMENT
Print this article 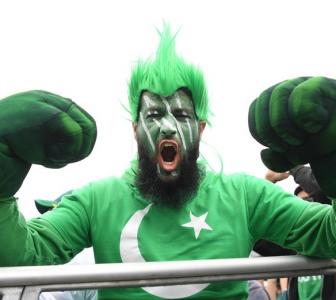