Should cricket have yellow cards for flaring tempers?

'At the minute, people aren't happy with the way people are holding themselves on the field' 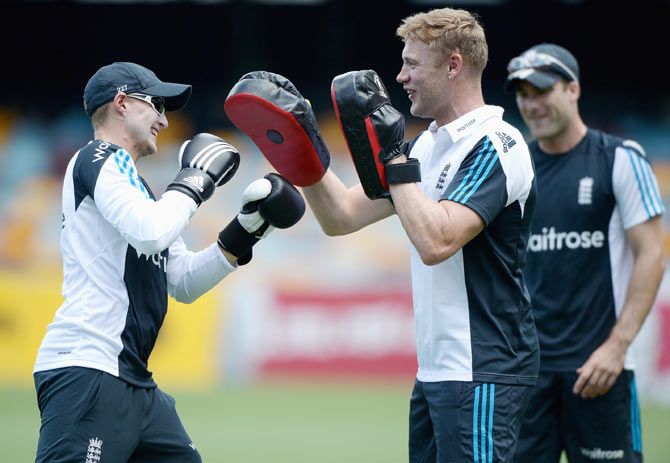 Former England cricketer Andrew Flintoff and England batsman Joe Root in a sparring session ahead of a nets at The Gabba in Brisbane on Monday. Photograph: Gareth Copley/Getty Images

Warner's growing reputation as a hard-hitting batsman has coincided with the pugnacious southpaw's increasing fondness to get involved in on-field spats, making him a regular visitor to the match referee's room.

The latest, against India's Rohit Sharma in Sunday's tri-series contest, cost him half his match fee and a reprimand from his own board, who have asked the 28-year-old "to stop looking for trouble".

"...there is a growing concern that David Warner's thuggish behaviour has gone too far," former New Zealand captain Crowe wrote in his ESPNCricinfo column.

"Soon, one day it will lead to an incident that will sully the game for good," added Crowe, convinced fines can no longer act as a deterrent.

"You have to take them out of the game for extended periods. Two yellow cards should result in a red card, which should ban any player for six months," he added.

The confrontation with Rohit follows Warner's spat with another Indian, Shikhar Dhawan, in the Adelaide Test last month, after which both players were fined. 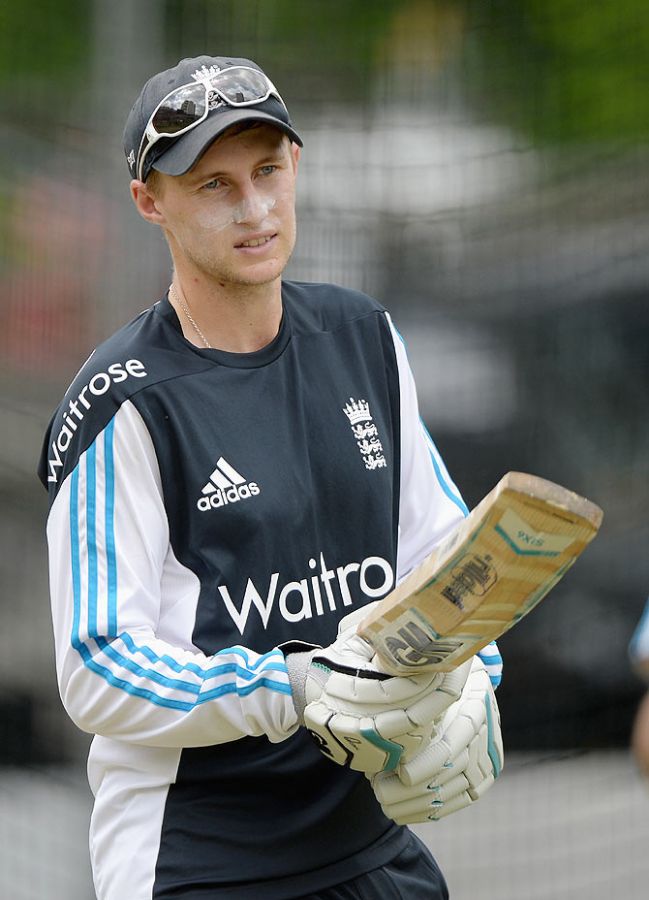 England's Joe Root at a training session at the Gabba on Monday. Photograph: Gareth Copley/Getty Images

Root felt Crowe's suggestion made a lot of sense.

"At the minute, people aren't happy with the way people are holding themselves on the field and if that is going to sort it out then why not?" asked Root, famously punched by Warner in a bar in 2013.

"You are out there to either score runs or take wickets, if that is not your main focus then you are not doing your team a full service," Root said ahead of Tuesday's tri-series one-day international against India.

"It's about mutual respect for each other."

Crowe said players such as Warner risked getting punched by opponents but Root felt that was a mark no one was prepared to overstep.

"I can't (foresee such a situation), to be honest. Someone would have to be in a really bad place to do that," the 24-year-old added.

"There have been a few things that have happened over the last six months and that is not good for the game.

"But I can't really see it going that far to lead to a punch-up... it's not ice hockey."

- Should cricket have yellow cards for bad behaviour? Have your say.

© Copyright 2021 Reuters Limited. All rights reserved. Republication or redistribution of Reuters content, including by framing or similar means, is expressly prohibited without the prior written consent of Reuters. Reuters shall not be liable for any errors or delays in the content, or for any actions taken in reliance thereon.
Related News: David Warner, Joe Root, Martin Crowe, England, Rohit Sharma
SHARE THIS STORYCOMMENT
Print this article