India A were comfortably-placed at 137 for two in their second innings after New Zealand A declared their first essay despite being 105 runs behind the visitors on the third and penultimate day of the first unofficial cricket Test in Lincoln, New Zealand, on Friday.

The Kiwis were 234 for eight in reply to the Indians' 339 all out when they decided to declare after playing out 78 overs.

The hosts managed to get this far riding on opener Tom Latham's dogged knock of 132, that came off 207 balls and included 14 hits to the boundary.

After Young was trapped in front of the wicket by spinner Rahul Sharma, Latham shared another 50-run partnership with Sam Wells (18) and the host team's innings continued till the time the opener was in the middle.

India's reply was a steady one after the early loss of under-19 skipper Unmukt Chand (8).

The other opener, Abhinav Mukund continued his fine form and struck a 60-ball 41, including six boundaries, before becoming Sam Wells's only victim of the day.

But the fall of these two wickets did not hurt India too badly as Anustup Majumdar and Mandeep Singh put on 64 unbeaten runs for the third wicket.

Majumdar was the more aggressive of the two as he smashed a 79-ball 52, including six boundaries. Mandeep, on the other hand, faced 53 deliveries for his patient 29.

The two were holding fort for India when play was stopped early due to bad light for the third day in a row. 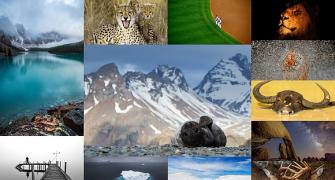 DON'T MISS: 12 AWESOME photos from the world over 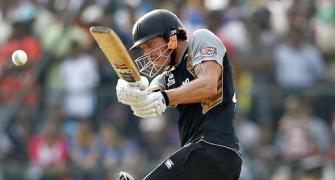 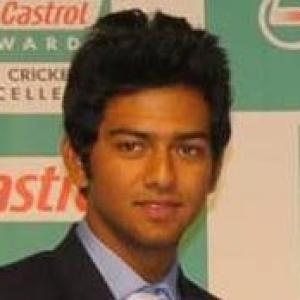