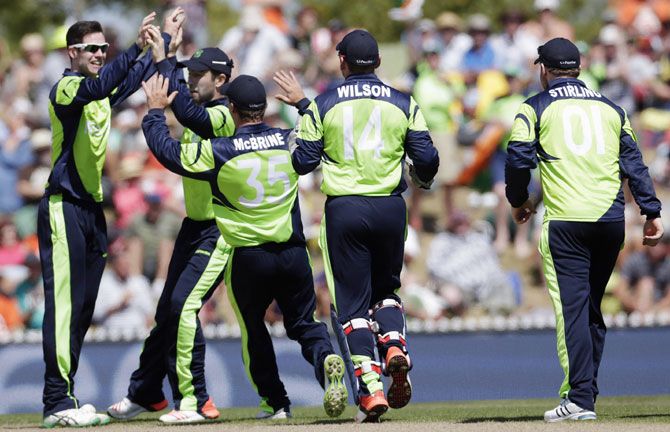 Ireland shocked former champions West Indies by four wickets in a Pool B match in the ICC World Cup at Saxton Field in Nelson.

Chasing 305 to win, Ireland eased home with 25 balls to spare.

Ireland, who shot to prominence by defeating Pakistan in the league stage of the 2007 World Cup to make it to the knockouts in West Indies, are once again being seen as a dangerous outfit in Pool B comprising India, Pakistan, South Africa, West Indies and Zimbabwe.

Earlier, left arm spinner George Dockrell was the standout in an outstanding early bowling effort by Ireland, who do not have anyone above medium fast but kept the batsmen tied down with superb line and length.

West Indies' top order also looked tentative against slower pace after Ireland skipper William Porterfield had won the toss and asked them bat, failing to work the ball around for singles to keep the scoreboard ticking over.

Dockrell finished with three for 50, while off-spinner Andy McBrine conceded just 26 runs from his 10 overs. Darren Sammy and Lendl Simmons produced a counter-attacking partnership to guide West Indies to 304 for seven.

Simmons (102), the nephew of Ireland coach Phil, and former captain Sammy (89) managed to rescue West Indies from a complete debacle with a 154-run partnership as the pitch got easier to bat on.

The pair had been forced together at 87 for five in the 24th over after the top order had struggled with the lack of pace from Ireland's bowling attack.

Simmons and Andre Russell (27 not out) then put on 61 in five overs to give West Indies a total they had never looked likely to achieve earlier. The William Porterfield-led side then rode on gutsy fifties from Paul Stirling (92), Ed Joyce (84) and Niall O'Brien (79 not out) to achieve its target in 45.5
overs.

For man of the match Stirling, it was his seventh ODI half-century. He stitched a 71-run opening stand with captain William Porterfield (23) and then managed 106 runs with Joyce (84) for the second wicket to make the chase look easy.

Stirling finally departed in the 28th over, but his 84-ball stay laced with nine fours and two sixes, had already done the damage.

Joyce, whose 67-ball knock was studded with 10 fours and two sixes, then stuck it out with Niall O'Brien (79 not out) for a 96-run third-wicket partnership to take the team forward. It's his 10th ODI fifty, an innings that was confidence personified and one where the left-handed batsman dominated proceedings against a hapless West Indies attack. 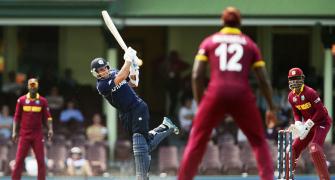 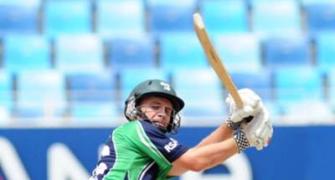 No surprise if we beat West Indies, says Ireland captain 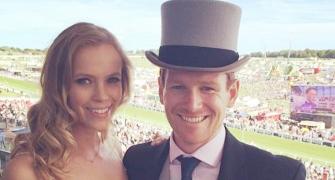 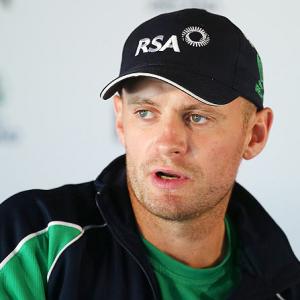 No longer a surprise, Ireland hope to scale new heights