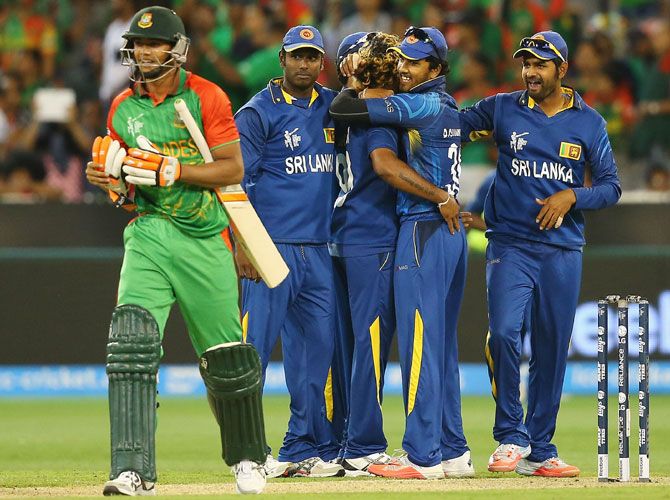 Lasith Malinga of Sri Lanka is congratulated by team mates after getting the wicket of Taskin Ahmed of Bangladesh during the ICC World Cup match at Melbourne Cricket Ground. Photograph: Quinn Rooney/Getty Images

Sri Lanka scored a comfortable 92-run victory over Bangladesh in a Group A match of the World Cup in Melbourne.

The winners of the 1996 edition notched up a formidable 332 for one in their stipulated 50 overs before bowling out Bangladesh for 240 in 47 overs.

It was Sri Lanka's second win in three matches. They had lost to New Zealand in the their tournament opener but regrouped to beat Afghanistan. 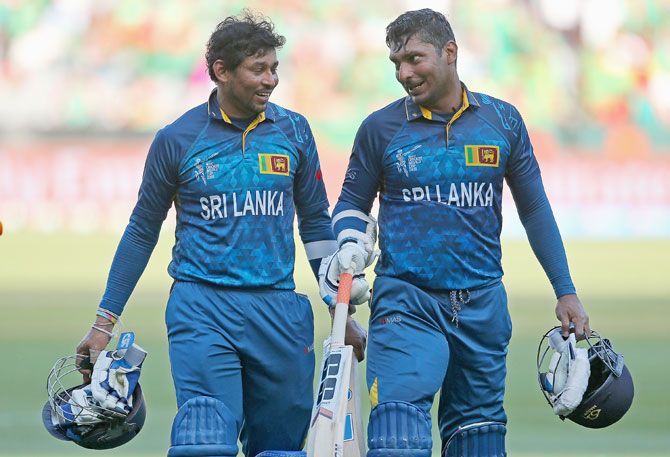 Electing to bat at the Melbourne Cricket Ground, Sri Lanka rode on centuries by Tillakaratne Dilshan and Kumar Sangakkara to reach their formidable score.

Dilshan made 161 while Sangakkara, playing in his 400th ODI, hit a strokeful 105, the duo sharing a 210-run stand for the second wicket.

Sangakkara became the fourth cricketer to appear in 400 ODIs and celebrated the occasion with 22nd ODI ton, which also happened to be his fastest - off 73 balls. It was inclusive of 13 fours and a six.

Dilshan's 21st ODI hundred, a 146-ball knock, was inclusive of 22 boundaries but not a single six - a record. 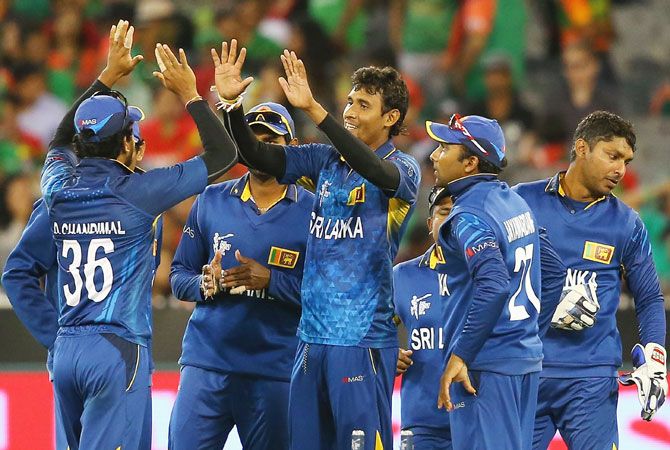 Suranga Lakmal of Sri Lanka is congratulated by teammates after getting the wicket of Mushfiqur Rahim of Bangladesh during the 2015 ICC World Cup match in Melbourne. Photograph: Quinn Rooney/Getty Images

Chasing a stiff target, Bangladesh, who have so far failed to make an impression in the mega-event, never looked in the hunt as they lost wickets at regular intervals. Aggressive opener Tamim Iqbal was out for a duck and Mominul Haque made one run to leave the Asian minnows reeling at 41 for three.

Anamul Haque (29), Soumya Sarkar (25 off a mere 15 balls with the help of five boundaries) and Mahmudullah (28) all got starts but could not convert into big scores. Lower-order batsman Sabbir Rahman was the top-scorer for Bangladesh with a knock of 53 off 62 balls (7x4), while all-rounder Shakib Al Hasan contributed a 59-ball 46 with the help of four boundaries and a six before the Lankan bowlers ran through the tail.

Besides Malinga, Dilshan and Suranga Lakmal picked up two wickets apiece, while there was one apiece for skipper Angelo Mathews and Thisara Perera. 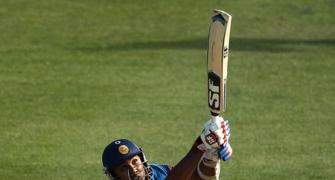 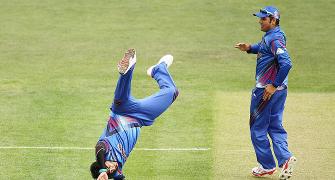 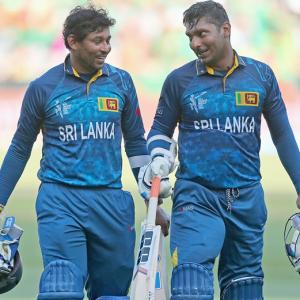 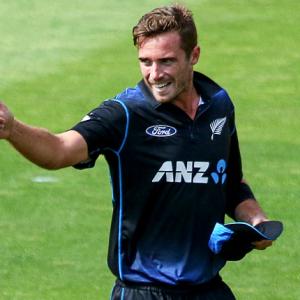