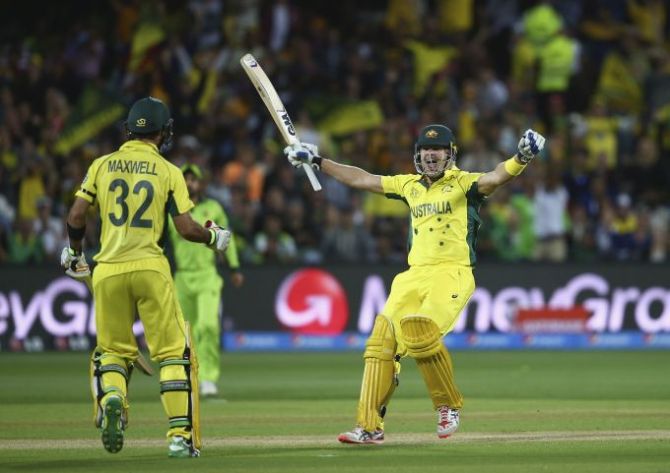 Australia set up an explosive semi-final against title-holders India in the World Cup after comprehensively beating Pakistan by six wickets in the mega-event's third quarter-final at the Adelaide Oval on Friday.

Riding high after pacer Josh Hazlewood took four wickets for 35 runs to wreck Pakistan's batting, the four-time champions, set a modest target of 214, overcame a tumultuous start to go past the finishing line in 33.5 overs.

Steven Smith top-scored for the Aussies with a 69-ball 65, which was studded with seven fours, while all-rounder Shane Watson survived early jitters to carefully craft an unbeaten 66-ball 64, including seven fours and a six.

Pakistan had themselves to blame for the big defeat as they dropped two easy catches, allowing the hosts to wriggle out of a precarious position.

Australia off to dodgy start 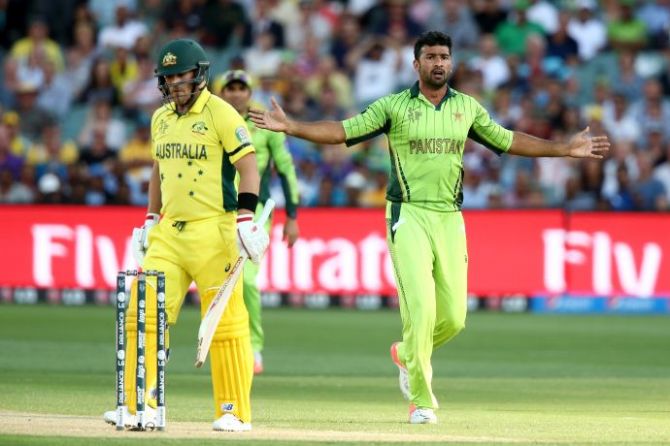 Australia's chase got off to bad start as opener Aaron Finch departed in the third over after contributing just two runs.

Wahab Riaz was simply outstanding in his opening spell of six overs during which he snared two wickets conceding only 24 runs.

The pacer bowled with aggression and passion, unsettling the Aussies not just with his deliveries but also occasional glares and constant back-chatting, which irked the batsmen and invited jeers from the packed crowd.

Riaz could well have pulled off three wickets in the opening spell had Rahat Ali held on to a dolly in the 17thover when Watson was on 4. He eventually finished with figures of 2 for 54 from nine overs. The Australians were precariously placed at 59 for three after skipper Michael Clarke (8) failed to click.

However, Smith and Watson shared 89 runs for the fourth wicket to steer Australia out of trouble before Glenn Maxwell (44 not out) guided them to victory and a semi-final showdown with India on March 26, in Sydney

Smith was adjudged leg before off Ehsan Adil, and despite being unconvinced by the decision trudged off the field as Australia had exhausted their lone review by that stage.

His fall did raise hopes of a Pakistan revival but they again let the opportunity slip when Sohail Khan dropped Maxwell's miscued shot, once again leaving Riaz in agony. 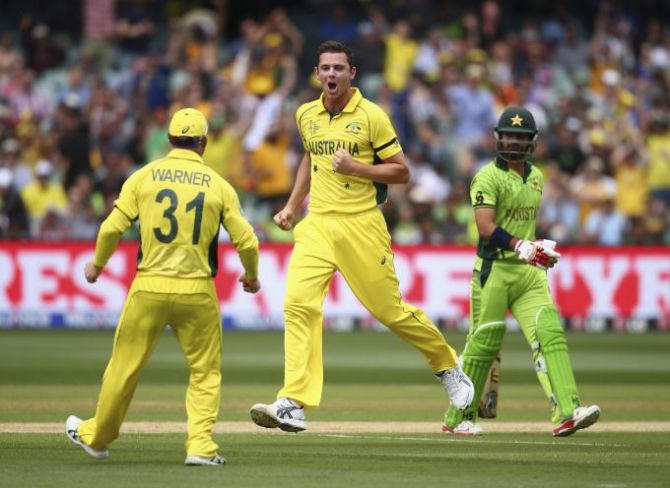 Earlier, Josh Hazlewood stood out with a four-wicket haul as Australia's disciplined bowlers strangled Pakistan with a thoroughly commanding performance, skittling them out for 213.

Electing to bat after winning the toss, Pakistan were stifled for runs by the Aussie bowlers and folded without putting up much of a fight in 49.5 overs.

Hazlewood and Mitchell Starc (2-40) kept it tight to begin with before Mitchell Johnson (1-42) intimidated the Pakistanis with his ferocious pace.

The pressure exerted early on brought about the desired result quite quickly as the in-form Sarfraz Ahmed (10) departed after trying to find his rhythm for 16 deliveries.

The opener struck one four before edging a tough grab to Shane Watson in the slip region.

Sarfraz's opening partner, Ahmed Shehzad, too did not last long either, caught in the slips by Clarke off Hazlewood's bowling.

The score read 24 for two at that stage. 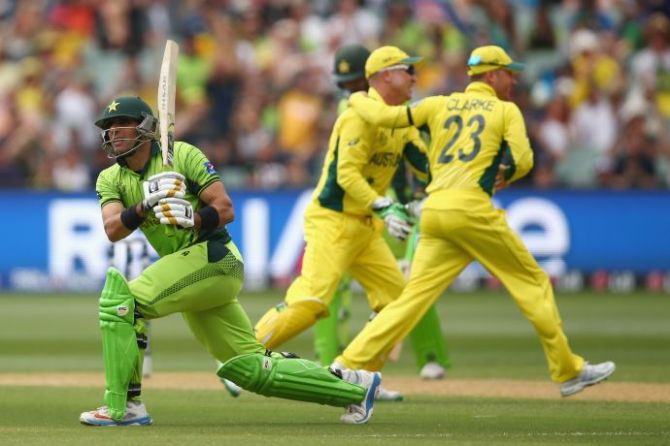 Pakistan's Misbah-ul-Haq rehearses his shot after being caught on the boundary as the Australian players celebrate. Photograph: Mark Kolbe/Getty Images

The failure to get a good start hurt Pakistan badly as the middle order batsmen, barring Haris Sohail, who notched up a 57-ball 41 laced with four hits to the fence, failed to get going.

The ever-reliant Misbah-ul-Haq could not build on the start and was dismissed by Glenn Maxwell while attempting a slog-sweep that was caught by Aaron Finch.

His 34 runs came off 59 balls and included one four and two sixes, both off Maxwell's bowling.

Interestingly, the veteran had earlier been saved by the bail which did not come off despite Hazlewood breaching his defences to hit the stumps.

The procession back to the pavilion continued when Umar Akmal (20 off 25 balls) was caught by Finch off Maxwell again.

Five down for 126 in less than 30 overs, Pakistan looked in deep trouble before Shahid Afridi raised hopes with some early power-hitting. However, the temperamental all-rounder also went back to pavilion after playing one of his now trademark cameos, which entertained while it lasted but did not help the team's cause much.

Afridi was dismissed while trying to smack Hazlewood out of the park, holing out to Aaron Finch after adding 23 runs that came off 15 deliveries and included three fours and a lofty six off Johnson.

With the top half letting the team down, the lower order was never expected to hold up for long. This is exactly what happened as Hazlewood and Starc cleaned up the tail. 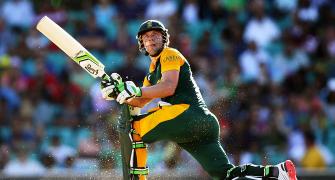 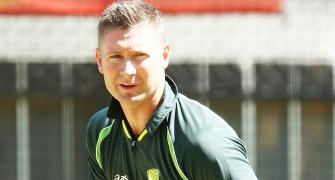 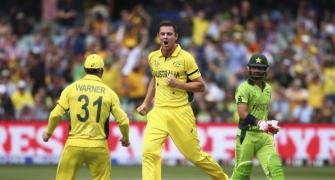 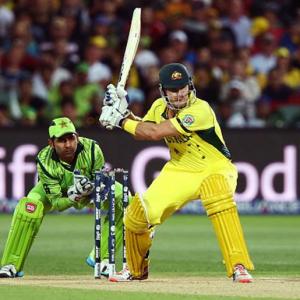 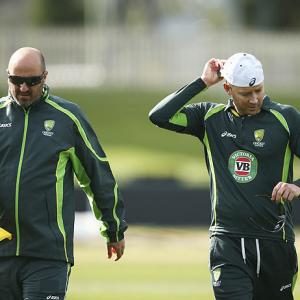