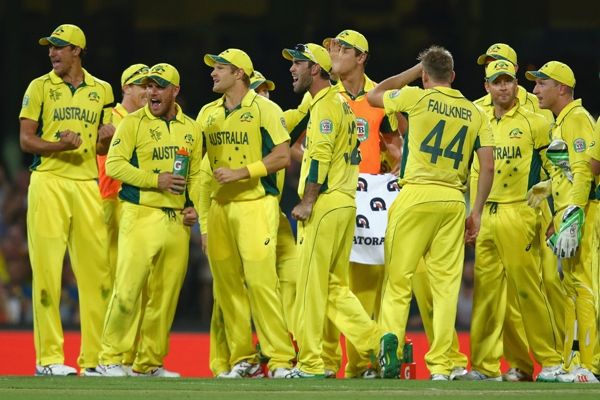 With Australia's pacers gearing up to take on a formidable Indian batting line-up in the World Cup semi-final, former captain Ian Chappell says home attack is not completely balanced as they lack a top class spinner.

"I think it's a pretty good attack, it's not completely balanced though because I think they lack top class spinner. That's the only weakness I can see in the line-up, other than that I think, you know, it's a good combination because they can swing the ball," Chappell said on ESPNcricinfo's video show Match Point.

Even Pakistan skipper Misbah-ul Haq has placed his money on India to prevail over Australia as he believes the home team will struggle for spin options at the SCG that is traditionally helpful to the slower bowlers.

"Playing in Sydney they will miss a good spinner. That could be the difference, because spinners have had a lot of success in Sydney and Imran Tahir did well the other day. So that could be a problem for Australia," said 40-year-old Misbah, whose one-day career ended after quarter-final defeat against Australia. The Australian pace battery though lived up to its reputation as Josh Hazlewood, who was picked ahead of Pat Cummins in the XI against Pakistan, led the bowling attack with responsibility -- bagged 4 wickets -- to restrict the Misbah-led side to 213 at the Adelaide Oval.

Chappell believes that Michale Clarke's think-tank should retain Hazlewood against India at SCG.