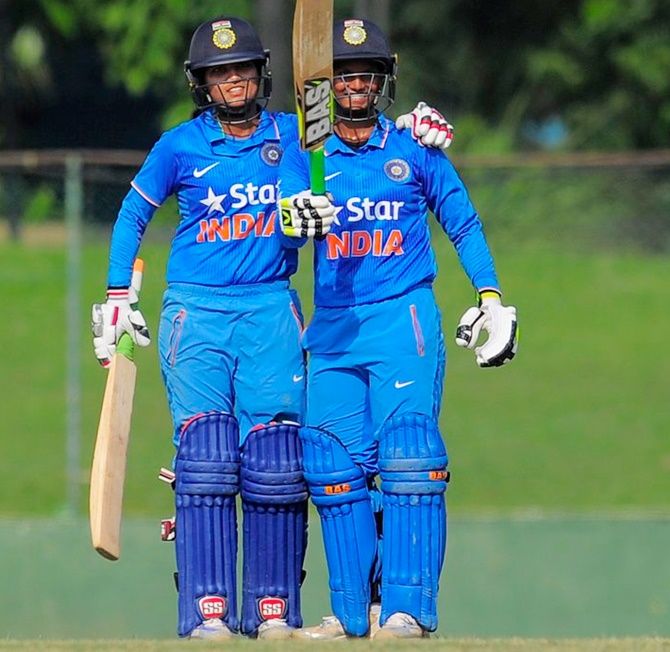 Harmanpreet Kaur blasted a six in the penultimate delivery to power India to a one-wicket win over South Africa in a last-ball thriller at the International Cricket Council (ICC) Women's World Cup Qualifier Final at P Sara Oval, in Colombo, on Tuesday.

Needing nine off six balls, Indian women were staring at defeat when they lost Poonam Yadav (7) in the first delivery but Harmanpreet plundered Letsoalo over deep midwicket to bring India back on the chase and sealed the win with a couple of runs in the last ball of the over.

Chasing 245 to win, Opener Mona Meshram (59) and Deepti Sharma (71) were the star players for India as they added 122-run innings for the first wicket to lay the foundation for the run chase. M du Preez (40) was the top-scorer for South Africa women, while van Niekerk (37) and L Lee (37) got starts but failed to consolidate into big scores.

Already assured of a place in this year's Women's World Cup, India continued their invincible run at the tournament after overhauling the target in the last over.

In the end, it was Harmanpreet's heroics that helped India seal the issue.

South Africa had defeated India in a practice match ahead of this tournament but the latter prevailed in their fixture in the tournament proper, winning by 49 runs in the Super Six stage.