The International Cricket Counil's Executive Board has voted to split the role of the President and the Chairman as recommended by the contentious independent governance review headed by Lord Woolf from 2014 onwards.

After the second of its scheduled 2012 meetings in Dubai over the weekend, the ICC's Executive Board has decided to recommend one of the suggestions made by the Woolf report to its annual conference in Kuala Lumpur in June.

"Following a Board resolution agreed at the last meeting, the directors confirmed the necessary amendments to the constitution to split the role of the ICC President and Chairman of the Board," the ICC said in a statement.

"The amended Articles will now be placed before the ICC Annual Conference in Kuala Lumpur at the end of June for consideration and approval," it added.

"Having considered several options to deal constructively with the Woolf Report, the ICC Board agreed that, in the first instance, there was a real need for further discussion among the Directors and Members in an effort to build consensus.

"In addition to already agreeing the split to the President/Chairman's role and creating targeted funding for Members in line with the Woolf recommendations, the Directors were keen to begin discussion among themselves to develop a clearer understanding of the role of the ICC."

"Until then, the current roles for the ICC President and Vice president will remain, after which the Vice-Presidency will cease to exist and a new Chairman of the Board post created," the ICC stated.

The Chairman, who will be appointed by the Board for a maximum of six years (3 x 2-year terms) will also be non-voting.

"Until the President's role has been confirmed, the joint nomination of the Bangladesh Cricket Board and Pakistan Cricket Board for the role of vice president 2012-14 was deferred until the amended Articles have been considered by ICC Annual Conference," the governing body said.

The Nominations Committee has shortlisted four candidates who will be interviewed to replace outgoing ICC CEO Haroon Lorgat, who vacates his position at the end of the Annual Conference in June 2012.

Clive Lloyd, whose term as chairman of the Cricket Committee had recently expired, will be requested to continue until the ICC Annual Conference in June.

The Board also ratified the re-appointment of Clare Connor as the chairperson of the ICC Women's Committee, for a second three-year term.

Former Indian all-rounder Ravi Shastri has been re-appointed for a second three-year term representing the media in the Chief Executives' Committee. 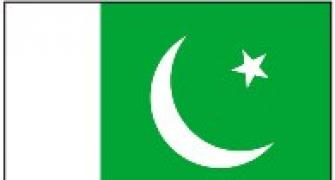