Sachin Tendulkar lost the coveted number one spot in the ICC Test rankings to South Africa's Jacques Kallis, but Rahul Dravid, adjudged man-of-the-match for his century in the first Test against the West Indies, returned to the top-20 after climbing nine rungs.

Left-hander Suresh Raina, too, moved up 26 places and is placed 61st after his useful knock of 82 in the first innings against the West Indies at Kingston.

Tendulkar lost the top after missing the series against the West Indies. He is currently placed second. 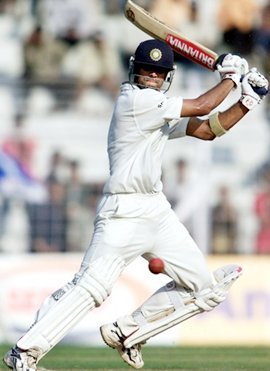 As a player loses one per cent of his rating points for every Test he misses, Tendulkar will lose more as he will not figure in the remaining two Tests.

However, the Mumbaikar will still enter next month's Test series against England as the No 2 batsman.

Dravid, who notched a patient 112 on a difficult Sabina Park pitch, earned 45 rating points for his effort and is placed 20th.

This is Dravid's best position since November 2010 when he slipped out of the top 20 following the Nagpur Test against New Zealand.

The veteran batsman's seven-hour vigil at the crease set the platform for India's 63-run victory, and a 1-0 lead in the three-match series.

Dravid had won the ICC Cricketer and ICC Test Player of the Year awards in 2004.

Other batsmen losing ground include VVS Laxman (13th), down by five places, Mahendra Singh Dhoni (38th), down by two.

Among the bowlers, fast bowler Ishant Sharma moved up three places to 11th position after returning figures of 3-29 and 3-81 in the Jamaica Test.

West Indies opener Adrian Barath rocketed 29 places to 62nd after scores of 64 and 38.

But Shivnarine Chanderpaul, (8th), slipped a place, Ramnaresh Sarwan (39th), two, and Brendan Nash was down five places to 52nd.

Wrist spinner Devendra Bishoo maintained his upward movement and is ranked 49th. He moved up 12 places after returning match figures of 7-140. 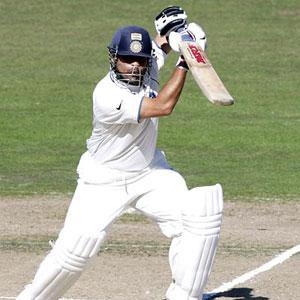 Sachin may lose top spot in the ICC Test ranking