The ICC on Monday issued fresh guidelines to umpires for greater consistency in the 2.5 metre rule, the most controversial aspect of the Decision Review System (DRS) in the ongoing cricket World Cup in the sub-continent.

The directive stated that even though there may be a distance between the stumps and the point of impact of 2.5 metre or greater, the on-field umpire can reverse the decision even if the ball is hitting any part of the middle stump.

According to the previous rule, the leg-before could be reversed by the on-field umpire only if the ball was hitting the centre of the middle stump.

If both the 40cm and 2.5m graphics appear for the same delivery, the batsman will definitely remain not out, it said. 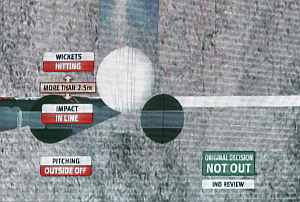 It further said that if the "more than 2.5m" graphic appears without the 40cm, the third umpire will be informed by Hawk-Eye of the exact distance of impact from the stumps.

If this distance is greater than 3.5m, the batsman will remain not out.

Meanwhile the ICC revealed that correct decisions in the tournament have risen from an 90.18 per cent to 97.82 due to the use of the DRS.

"It is a fact that the number of decisions in this event is way above the normal average for ODIs. This is because of the type of wickets that prevail in the sub-continent where the bounce is often lower and where there is a greater amount of turn.

"What it is demonstrating clearly is that the DRS is helping umpires who are maintaining consistently high levels of performance," said David Richardson, ICC general manager, cricket. 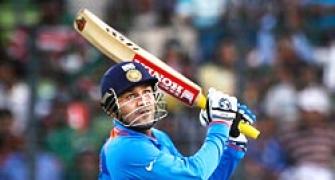 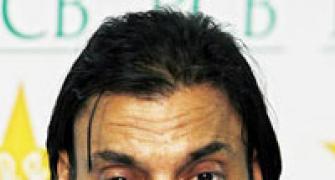 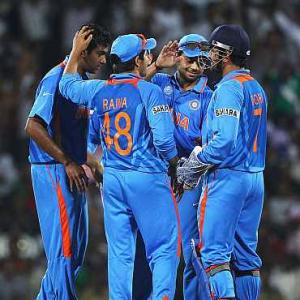