News
Business
Movies
Sports
Cricket
Get Ahead
Money Tips
Shopping
Sign in  |  Create a Rediffmail account
Rediff.com  » Cricket » I won't be the only one going back home: Sarfaraz warns teammates

I won't be the only one going back home: Sarfaraz warns teammates

Get ready to face the wrath of public back home: Sarfaraz 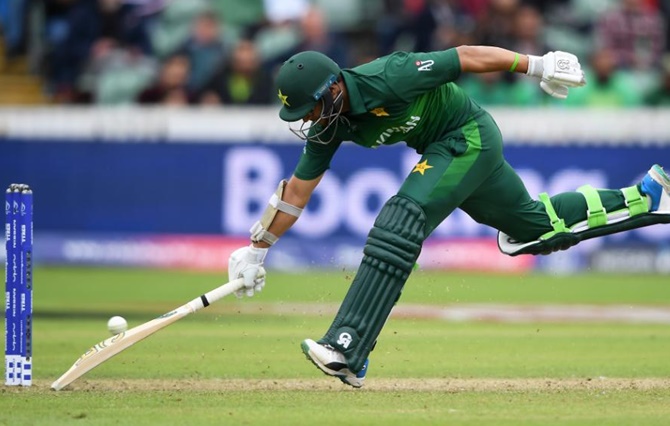 IMAGE: With just three points from five games, Pakistan are at the second last position in the tournament table. Photograph: ICC/Twitter

Drawing flak after the loss to India, Pakistan skipper Sarfaraz Ahmed has warned his teammates of further backlash at home if they fail to lift their game in the remaining matches of the ongoing World Cup.

Pakistani cricketers are facing strong criticism from both fans and former players after the 89-run defeat to India in the marquee World Cup clash, in Manchester, on Sunday.

With just three points from five games, Pakistan are at the second last position in the tournament table and Sarfaraz has cautioned his teammates to be ready for the wrath of the public back home if the below-par performances continue.

"If anyone thinks that I will go home, then it is their idiocy. If God forbid something unfortunate happens then I won't be the only one going back home," Pakistani media outlet, 'thenews.com.pk', quoted Sarfaraz as saying.

Sarfaraz's captaincy was called 'brainless' by former pacer Shoaib Akhtar, while Shoaib Malik, who was out for a first-ball duck in the game against India, found himself in the eye of a storm after videos of a night-out with Indian tennis star wife Sania Mirza went viral on social media.

The captain has urged the team to forget the loss against the neighbours and move on.

"Forget the bad performance and uplift the team for the remaining four matches," said Sarfaraz.

Pakistan will next play South Africa on June 23 in London. 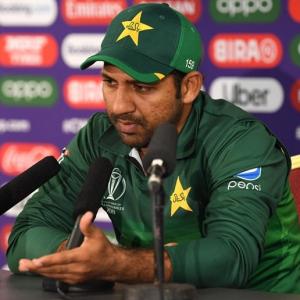