News
Business
Movies
Sports
Cricket
Get Ahead
Money Tips
Shopping
Sign in  |  Create a Rediffmail account
Rediff.com  » Cricket » How the teams splurged at the IPL Auction 2015 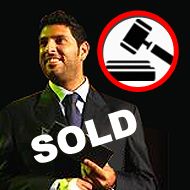 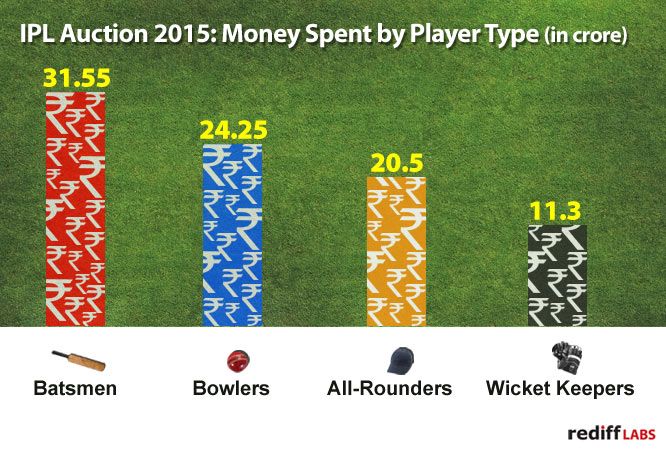 Twenty20 is a format dominated by batsmen and, not surprisingly, most of the money was spent on acquiring batsmen rather than bowlers at the recently-concluded Indian Premier League Players' Auction in Bangalore for Season 8 of the cash-rich T20 extravaganza.

The graphic, above, shows the overall auction money spent  during the 2015 IPL Players' Auction as divided by player type. 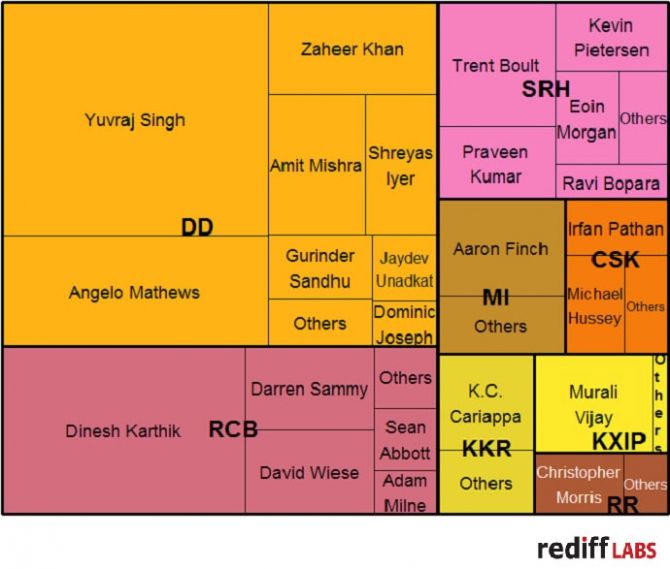 The tree-map graphic, above, shows the price paid for players in each team during the players' auction for the tournament to be played in April-May.

'Others' represents all the other players that the team has purchased in the auction.

Delhi Daredevils, who released a lot of their players after the last IPL season, as expected, spent the maximum at the auction, at Rs 38,40,00,000 to buy some top players, including the likes of Yuvraj Singh for a massive Rs 16 crore.