How Dhoni's pep talk spurred Conway to success in IPL 2022 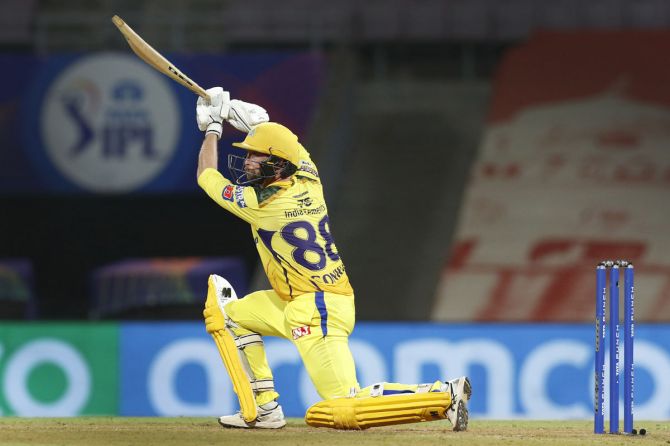 Conway usually plays the sweep shot against spin bowling but was dismissed when he attempted one against Royal Challengers Bangalore leg-spinner Wanindu Hasaranga in their last game.

A chat with Dhoni prompted Conway to play more straight and the New Zealander reaped the rewards against Delhi, stepping out to hit spinners Axar Patel and Kuldeep Yadav for huge sixes in their opening overs.

"I've got to give credit to MS tonight," Conway, whose 87 followed scores of 85 not out and 56, told Star Sports. "In the last game I swept quite a lot and unfortunately got out playing the sweep.

"Dhoni said to me, 'I think the guys are going to try to bowl fuller to you tonight. So maybe come out and try to hit them straight.'

"So he sort of gave me the guidelines to try to execute that. That's what I tried to do."

Conway scored 54 runs from the 20 balls of spin he faced in the match, as Chennai scored 208/6 in their 20 overs at the DY Patil Stadium in Navi Mumbai.

England all-rounder Moeen Ali claimed 3/13 in his four overs to ensure champions CSK dismissed Delhi for 117 in 17.4 overs and seal their fourth win in 11 games this season. 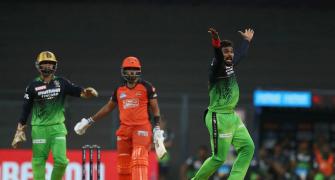 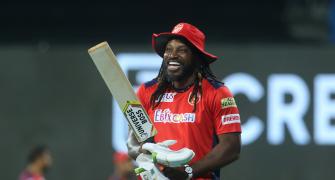 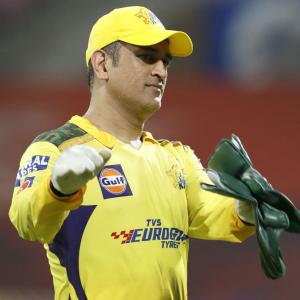 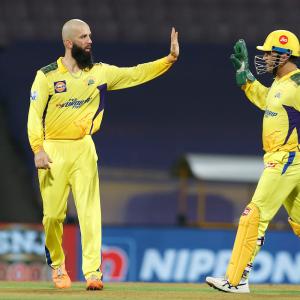