In relief to former Board of Control for Cricket in India president Shashank Manohar, the Bombay high court on Wednesday quashed and set aside a notice issued by the Enforcement Directorate directing him to appear before the agency over allegations of foreign exchange violations in the 2009 Indian Premier League, held in South Africa.

A division bench of Chief Justice Mohit Shah and Justice M S Sancklecha, while quashing the ED’s notice, observed that directorate had not considered the material placed by Manohar before it.

The ED, on June 6, 2013, issued notice initiating adjudication proceedings against Manohar under the Foreign Exchange Management Act (FEMA) regarding a bank account opened in South Africa by the BCCI and IPL ahead of the cricketing event. 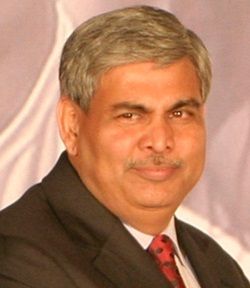 The agency had issued the notice asking the former BCCI president to appear before them, pursuant to a show cause notice sent earlier to Manohar.

"The agency had not considered the material placed by Manohar before it stating that he was not involved in the opening of the bank account and that he had advised the IPL governing council to inform the RBI before opening an account," the high court bench said.

The bench directed the agency to reconsider the material submitted by Manohar and pass a reasoned order before issuing a notice asking him to appear.

On a request from Additional Solicitor General Kevic Setalvad, the court stayed its order for four weeks.

According to the ED, five crore dollars were transferred to the bank account in South Africa.

Senior counsel Raju Subramanium, appearing for Manohar, argued that sacked IPL chairman Lalit Modi took all the decisions regarding IPL and Manohar was not involved in the day-to-day affairs of the cricket control board and IPL governing council.

"Lalit Modi spearheaded the IPL idea and hence all major decisions were taken by him after approval from the committee. In fact, Manohar had advised the IPL governing council to first take permission from RBI and then open the account in South Africa," Subramanium said.

He argued that the account opened in South Africa was not of BCCI but of IPL.

"Manohar has been embroiled in this only because of the position he held as president," the counsel said.

Additional Solicitor General Kevic Setalvad had opposed the petition saying, "The inquiry is at a preliminary stage. The ED is not saying that Manohar is guilty. He has been only asked to come for inquiry. Under FEMA, the punishment is only by way of penalty."

Emphasising that the account was operated by BCCI and IPL together, Setalvad said, "The funds flowed from BCCI and franchise owners. The operation of accounts, change of venue and everything else regarding the IPL was decided by BCCI. Five crore dollars were transferred to the account and till date the money has not come back. There is loss of