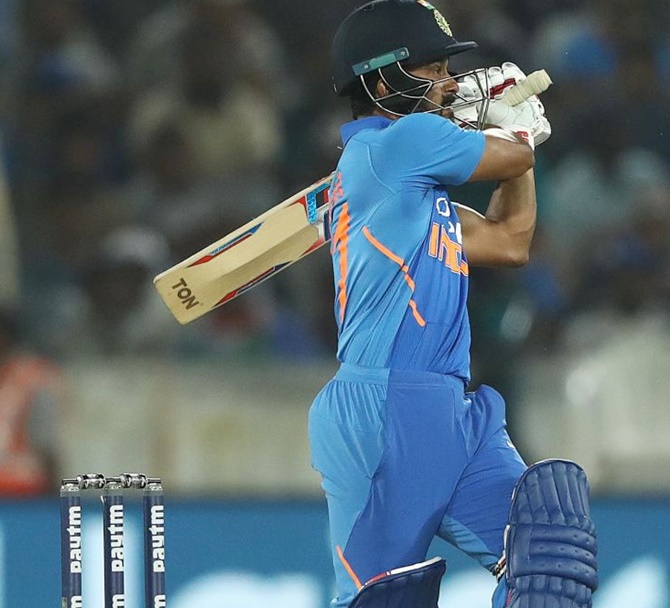 His innovative range of shots allowed him to take more risks in a tricky chase while Mahendra Singh Dhoni's mere presence at the other end kept the pressure on Australia during the first ODI, feels Kedar Jadhav.

Kedar's unbeaten 81 off 87 balls saw India beat Australia by six wickets with Mahendra Singh Dhoni remaining not out on 59 at the other end.

After reaching 50, Kedar suddenly changed gears while Dhoni was found suffering from cramps.

Asked if Dhoni's discomfort made him play more attacking shots, Kedar said: "Not really. Out of both of us, one had to take the risk. I have batted throughout my career at No 4, so I am more open to playing all the shots."

"Growing up, I've always built my batting on playing innovative shots. I feel I have a good chance of converting those innovative shots," Kedar told reporters at the post-match press conference.

The Maharashtra player feels that Dhoni's game is more about playing straight and it creates pressure.

"Mahi's natural game is hitting down the ground. As long as he's there, the other teams always feel the pressure. Whatever little bit of cramp he was having, I just told him "you stay at the wicket, gives me a lot of confidence". I could play my natural game after 50 because he was at the other end."

Like a fan boy, Kedar then spoke glowingly about the Dhoni effect on any junior player.

"Every time I spend time with him, I learn a lot. I can't put it in words but let's say when I see Mahi bhai, I feel very confident. That's the sort of aura where you feel that 'will deliver today'. He has that knack of getting best out of every player and that's what everybody loves about him."

"Credit to MS Dhoni and Virat Kohli for what they have achieved in their career. If we can achieve 10 or 15 percent of what they achieved, it will be great."

Kedar and Dhoni were in a similar situation in Melbourne during the final game of the series and also had a partnership that sealed it for them.

Asked about the degree of difficulty, he said: "I guess both the games were difficult in their own terms. In Australia, that was my first game on Australian soil. It was difficult to adjust to bounce and get into the groove. If I have a MS or Virat at the other end, they will be telling you things like taking the game deep."

"Now these things don't always strike you and you need somebody to tell you that unless you have played enough international cricket to understand that. How much you practice at the nets, the best thing is learning in the middle."

His side arm off-breaks have been a trump card for Kohli but he still thinks that he is not ready mentally or physically to regularly bowl full quota of 10 overs.

"I never thought of bowling 10 overs in a game as of now. If the situation demands and the team requires, I can definitely do. But doing consistently, it will take mental adjustment and physically also," he said.

"Since I have not grown up bowling a lot of overs, my body also can't adjust immediately. I need to have that mental adjustment and physically also I need to get more fitter to bowl 10 overs in every game," he said.

He is India's man with golden arm as he gets a breakthrough almost in every game.

Asked about the secret, he smiled and replied: "I guess I get lucky. I always keep it stump-to-stump. You will find it difficult. My ball doesn't bounce that much and it comes from 2-3 angles," he added. 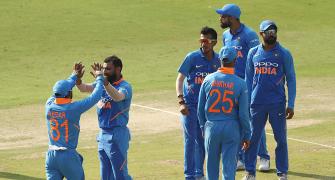 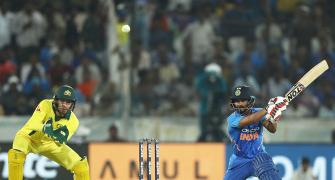 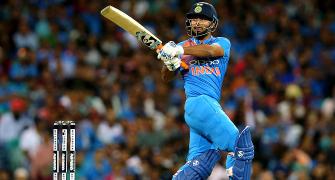 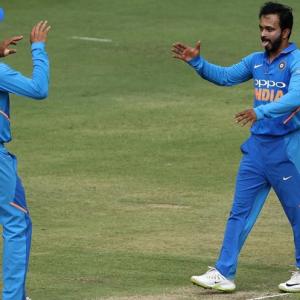 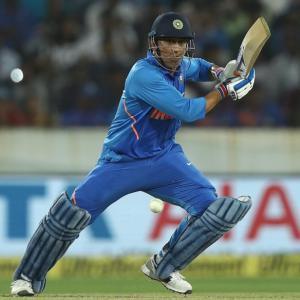