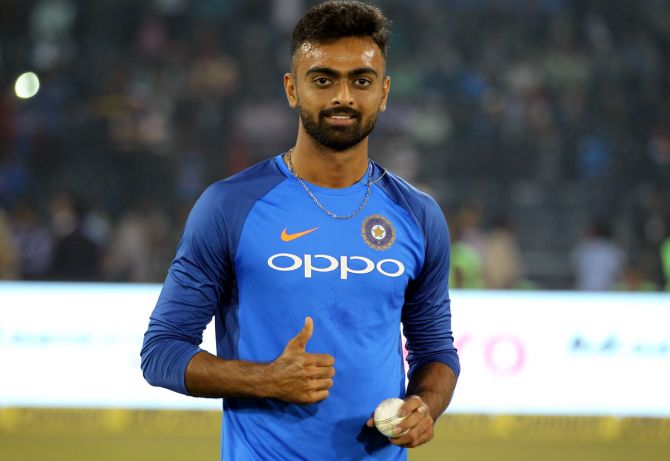 A roundup of the Vijay Hazare Trophy one-day matches played on Saturday.

Left-arm pacer Jaydev Unadkat produced an inspired show with the ball to hand Saurashtra an eight-wicket win over Himachal Pradesh and help consolidate their position at the top of Group A in the Vijay Hazare Trophy one-day tournament in New Delhi, on Saturday.

Unadkat (5/23) returned with a five-wicket haul and along with Chetan Sakariya (2/30) wreaked havoc with the new ball to bundle out Himachal for a paltry 130 in 36.4 overs after electing to bowl.

The dominance of Saurashtra's bowlers could be gauged from the fact that Himachal lost their first seven wickets for just 22 runs.

Had it not been for Summet Verma's 99-ball 82, which had seven fours and four sixes, Himachal were staring at a bigger embarrassment, as Digvijay Rangi (10) was the only other batter from the hilly state to reach a double-digit score.

Saurashtra chased down the total with consummate ease, reaching 134 for two in 27.2 overs.

Sheldon Jackson scored an unbeaten 56 while Cheteshwar Pujara remained unbeaten on 31. Rishi Dhawan (1/21) and Vaibhav Arora (1/45) picked up the wickets for Himachal.

Brief scores of other matches in Group A:

Part-time off-spinners Lalit Yadav and Nitish Rana shared six wickets amongst themselves as Delhi thrashed minnows Sikkim by 10 wickets in Kolkata on Saturday to keep their slim quarter-final hopes alive.

Having lost back-to-back games, Delhi were on the money at the CC&FC ground as Sikkim were bundled out for 76 in 34.4 overs.

Rana (3/12 in 6 overs), Yadav (3/12 in 8 overs) along with specialist off-break bowler Shivank Vasisht (1/16 in 6 overs) shared the bulk of the spoils after Delhi elected to field on a track which is known for being tacky.

Out of the 11 Sikkim batters, eight of them couldn't even cross the five-run mark with Pankaj Rawat's 32 being the top score.

Needing to up the run rate, the normally stodgy Dhruv Shorey (43 not out, 28 balls) and all-rounder Kunwar Bidhuri (33 not out of 28 balls) knocked off the runs in just 9.2 overs notch up the team's third win in five games. While Shorey's innings had eight fours, Bidhuri hit three fours and two sixes.

In the other matches of the group, Jharkhand crushed Meghalaya by 192 runs while Rajasthan beat Vidarbha by six wickets. The fourth match in this group had Assam upsetting the mighty Karnataka by six wickets, riding on Swarupam Purkayastha's century.

Brief scores of other matches in Group B:

N Jagadeesan continued his superb run, hammering a fourth hundred on the trot, as Tamil Nadu recorded a massive 151-run win over Haryana in a Group C match in Bengaluru on Saturday.

A 151-run opening stand between Jagadeesan and Sudharsan in a little more than 26 overs saw Tamil Nadu seize the advantage.

The hundred for Jagadeesan makes him the fourth batter after Kumar Sangakkara, Alviro Petersen and Devdutt Padikkal to record centuries in four consecutive List A innings. His previous centuries came against Andhra, Chhattisgarh and Goa.

Jagadeesan hit six fours and six sixes in his brisk innings while Sudharsan, who has been in good form in the tournament, matched him stroke for stroke.

The Haryana bowlers appeared to be struggling to find ways to contain the TN batters when Jagadeesan and Sudharsan were at the crease. Sudhrasan fell to left-arm spinner Nishant Sindhu.

B Aparajith (3) and B Indrajith (2) fell quickly to Mohit Sharma (2/43) and Haryana had more success when J Kousik (5) was dismissed by Anshul Kamboj.

This brought Jagadeesan and the power-hitting Shahrukh Khan (46) to the crease and they added 61 runs in quick time.

In reply, Haryana slipped to 2 for 2 in the second over as openers C K Bishnoi and Yuvraj Singh fell to Sandeep Warrier (2/33) and M Mohammed (2/37), respectively.

Haryana never recovered from the poor start and kept losing wickets at regular intervals to be bowled out 133 in 28.3 overs.

Off-spinner Aparajith was the best bowler for Tamil Nadu with 3 for 24 while R Sonu Yadav picked up two wickets.

Brief scores of other matches in Group C:

Mumbai: Punjab skipper Mandeep Singh led from the front with a gritty 90 to guide his team to a 26-run win over Madhya Pradesh in the Vijay Hazare Trophy here on Saturday.

In a low-scoring affair at the Wankhede Stadium, Mandeep steered Punjab to 232 with other contributions coming from opener Abhishek Sharma (33) and Anmol Malhotra (32).

Punjab lost their last five wickets for 23 runs as pacer Kuldeep Sen cleaned up the tail to end up with a five-wicket haul.

It was the fourth win for Punjab in as many games while Madhya Pradesh suffered their second loss in four games.

Rahul Tripathi's superb knock of 111 was the cornerstone of Maharashtra's 61-run win over Services in a Group E match in Ranchi on Saturday.

Services won the toss and sent the opposition into bat and saw Tripathi come up with a ton. The right-handed batter Tripathi and his 140-run stand for the third wicket with captain Ankit Bawane (73) powered the Maharashtra innings.

Though they appeared to lose steam towards the end and lost a few wickets, Maharashtra still ended up with a huge score of 304 for 8 in 50 overs.

Shubham Rohilla (114, 102 balls, 13 fours, 3 sixes) came up with a power-packed effort for Services but it was not enough as the other batters failed to make substantial contributions.

Services captain Rajit Paliwal (35) helped Rohilla add 72 runs for the third wicket but the others did not measure up.

Brief scores of other matches in Group E: 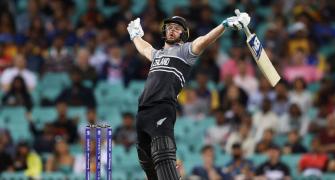 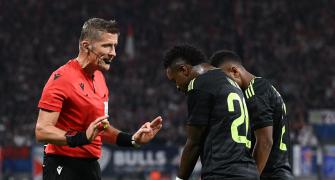 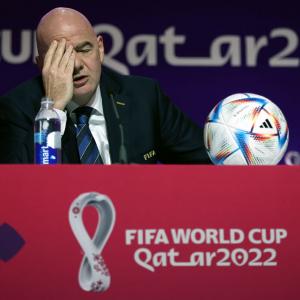 WC: Infantino says Football should bring us together 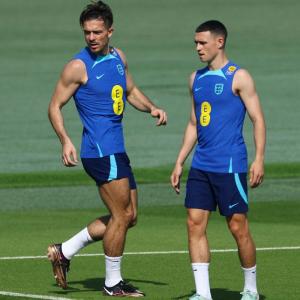