News
Business
Movies
Sports
Cricket
Get Ahead
Money Tips
Shopping
Sign in  |  Create a Rediffmail account
Rediff.com  » Cricket » 'Harbhajan and Munaf will not be released by Mumbai Indians'

'Harbhajan and Munaf will not be released by Mumbai Indians'

Captain Harbhajan Singh and fast bowler Munaf Patel will be retained by Mumbai Indians for the next edition of the Indian Premier League.

Amidst media speculation, IPL sources dismissed talk that the names of the two players figure in the list of players to be released by the Reliance group-owned franchise.

"The speculation that is going on in the some sections of the media is totally wrong. Harbhajan Singh and Munaf Patel will not be released by Mumbai Indians and their names are not there in the list of released players," a source told rediff.com on Wednesday.

According to ESPNCricinfo, Harbhajan is set to be released by Mumbai Indians ahead of the 2013 season of the cash-rich Twenty20 tournament. All the franchises have a deadline of October 31 to submit a list of players they want to retain.

It further adds that Harbhajan will be "released first and then bid for during the player auction".

All the players released will go into the players' auction pool for next season, which is likely to be conducted in January.

The franchises are looking to release top-earning names to increase their purse for the auction. They have an option of either buying the player back through the auction at a much-lower price or choose another player.

Among the other big names who are reported to be released by their clubs are Kings XI Punjab's Stuart Broad, Pune Warriors' Jesse Ryder, Robin Uthappa and Royal Challengers Bangalore's Saurabh Tiwary.

The teams also have a chance to bolster their squads during the trading window, which opens on November 19. 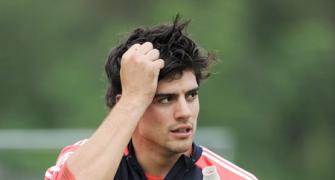 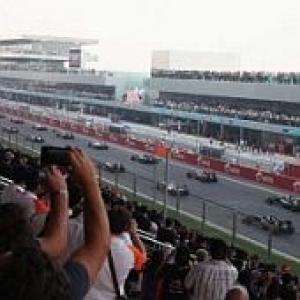