Gill misses century but India 'A' in control vs South Africa 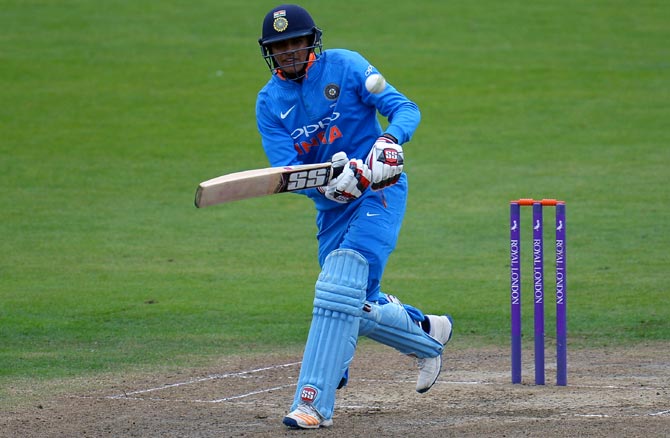 Captain Shubman Gill missed out on a century by 10 runs while Jalaj Saxena struck 61 not out as India 'A' dominated the proceedings on the second day of the first unofficial Test against South Africa 'A', in Thiruvananthapuram, on Tuesday.

The hosts made 303 in 87.5 overs in reply to South Africa 'A' score of 164 to gain a healthy first innings lead of 139. The Indian bowlers further strengthened their position as they again produced an impressive performance at the Greenfield stadium to reduce the visitors at 125 for 5 at stumps.

South Africa 'A' now trail India 'A' by 14 runs with five second innings wickets in hand.

The talented opener Gill (90) missed out on a well-deserved century, getting bowled by off-spinner Dane Piedt after the India 'A' captain hit 13 fours and one six in his 153-ball knock.

After Gill's dismissal, India 'A' appeared to be in danger of missing out on a huge lead as the middle-order failed to live up to expectations and succumbed to the Proteas bowlers, who stuck to their task.

However, all-rounder Saxena underlined his utility, scoring an entertaining 61 not out, hitting 11 fours in his 96-ball knock, putting on a vital 100-run partnership for the eighth wicket with Shardul Thakur (34).

Resuming on their overnight score of 129 for 2, India 'A' lost Ankit Bawne for the addition of just four runs, bowled by left-arm paceman Marco Jansen for 6.

Gill, who was striking the ball beautifully and looked good to get to his century, was dismissed by the hard-working Piedt, 10 runs short of a ton.

Wicketkeeper-batsman Kona Bharat, who has been a consistent performer in domestic cricket and for India 'A' in recent years, made 33. Bharat played impressively and cracked five boundaries in his 53-ball knock, before the pacy Lutho Sipamla had him caught by Zubayr Hamza.

Mumbai all-rounder Shivam Dube, who shone in the five-match ODIs between the two teams, didn't last long, nicking Lungi Ngidi to the keeper Heinrich Klaasen for 8.

Karnataka all-rounder K Gowtham was bowled by Sipamla off the second ball he faced for a duck and India 'A' slipped from 177 for 3 to 199 for 7, losing four wickets for just 22 runs.

However, Saxena and Thakur responded in a positive manner to take the game away from the visitors.

Saxena, who started slowly, then opened up and hit some lovely shots while Thakur showed he could bat to take the Indians past 300.

After Thakur fell leg-before to Ngidi, the innings lasted eight more balls as Piedt dismissed Shahbaz Nadeem and Mohammed Siraj for ducks to bowl out India 'A' for 303

For South Africa 'A', Ngidi (3 for 50) and Piedt (3 for 84) were the best bowlers while Jansen and Sipamla picked up two wickets apiece.

In the second innings too, South Africa 'A' lost the openers early with Siraj castling Pieter Malan for 4. Skipper Aiden Markram, on whom a lot depended, went for 4, caught behind off Thakur.

Zubayr Hamza, who has played a solitary Test so far, showed a lot of resilience as he handled the India 'A' pace bowlers and spinners with assurance.

The steady Nadeem got into the act to induce an edge from Khayelihle Zondo (10) which was taken by Bharat.

Klaasen, who joined Hamza in the middle, curbed his aggressive instincts and defied the India 'A' attack, helping Hamza add 42 runs.

Hamza fell against the run of play, caught by Ricky Bhui off Gowtham.

However, Klassen (35 not out) and Wiaan Mulder (12 not out) ensured that the visitors didn't lose any further wickets till close of play. 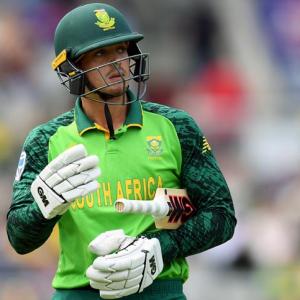 Under de Kock, South Africa plan for the future 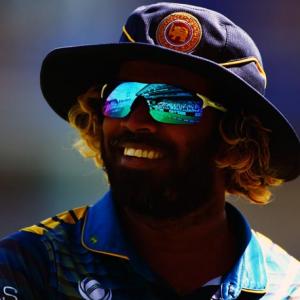