'I don't think there is any captain in world cricket who would give Jasprit Bumrah, two overs with the new ball.' 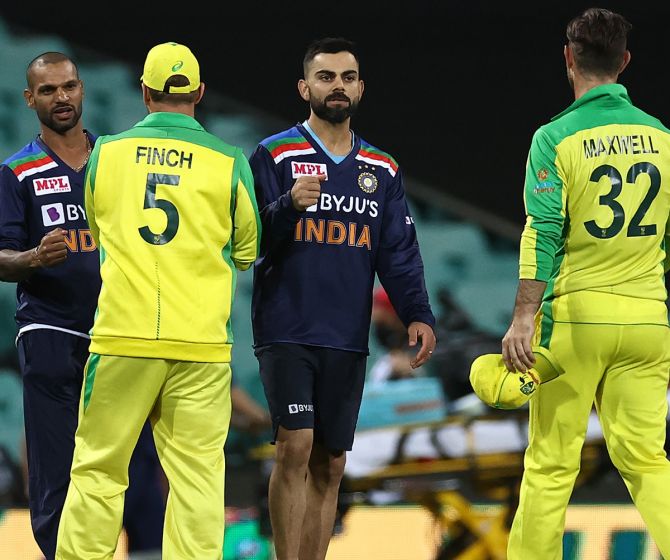 Former opener Gautam Gambhir said India skipper Virat Kohli committed a tactical blunder that no other captain would, by giving his premier pacer Jasprit Bumrah just a two-over opening spell in the series-conceding second ODI loss to Australia in Sydney.

Gambhir, who has been pretty critical of Kohli's tactical acumen as captain, felt that the difference between the two sides so far was how Australian captain Aaron Finch handled his most successful pacer Josh Hazlewood in the first two ODIs that the hosts won easily.

"I find it difficult to comprehend that if you have a bowler of Jasprit Bumrah's calibre and you give him only two overs upfront. It's not a tactical mistake but a tactical blunder," Gambhir was quoted saying by ESPNCricinfo.

A five-over spell would have allowed Bumrah and Mohammed Shami to at least try and pick up two wickets upfront, said Gambhir.

"...I was expecting Bumrah and Shami to bowl five-over spells each upfront and tried getting a couple of wickets each. So, I don't think there is any captain in world cricket who would give Jasprit Bumrah, two overs with the new ball."

With all top three Australian batsmen -- Aaron Finch, David Warner and Steve Smith -- striking form at the same time, Gambhir feels that if any bowler had a chance of getting the trio out, it had to be Bumrah.

"Now Finch, Warner and Smith, the top three are in prime form and who has the best chance of taking their wicket? It's Jasprit Bumrah

".... and you give him 2 overs and bring him after 10 overs, when the ball is a tad old and it gets warmer and you expect him to get wickets in these conditions. He is human too." 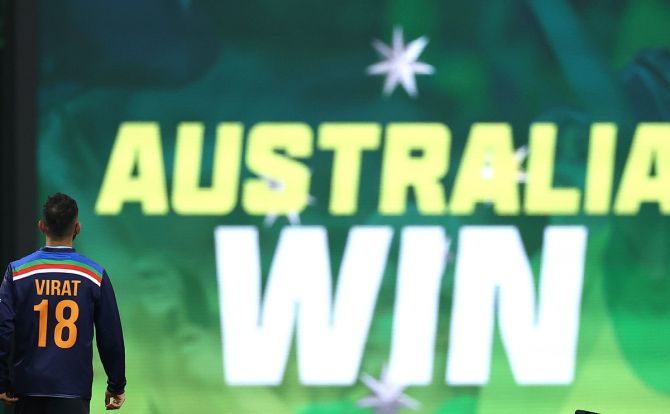 He then cited the example of how Finch used Hazlewood in the first two games.

"First game, Finch gave him six-over spell and second game a five-over first spell and six overs when Starc had a bad day. Hazlewood has been the standout bowler."

Gambhir was impressed with how Australia's sixth bowling option -- the combination of Marcus Stoinis and Glenn Maxwell in first and Moises Henriques and Maxwell in the second -- controlled the proceedings.

"It happened in the first match as well. First match, Marcus Stoinis gave some 25 runs in 6 overs that he bowled and that was done by Henriques in the second game. So that's the diference you had.

"So, if your sixth bowler can give 6 to 7 overs, then you don't need to bowl with a front-liner who is having an off day like Mitchell Starc.

"Imagine had Hardik (Pandya) not bowled those overs, what kind of pressure it would have been on Shami and Navdeep Saini," he said.

While Virat Kohli, with close to 11,500 runs and 43 hundreds, has a staggering record, Gambhir pointed out that Smith for all practical reasons isn't too far behind even if the numbers suggest otherwise.

"I don't think there is a lot of difference between Kohli and Smith. If you go by numbers, Kohli always gave better numbers than Smith but if you look at his (Smith) record, in the previous five or seven ODIs, he has had three hundreds, so difference is not much.

"He has scored 62 ball hundreds back to back. Obviously you will call Kohli, the greatest ODI player as per numbers but not much difference between him (Smith) and Kohli." 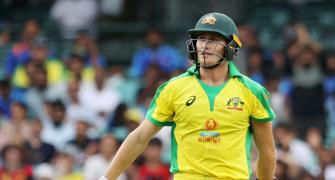 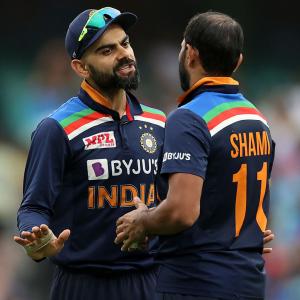 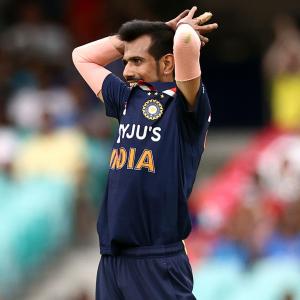