IMAGE: The Sardar Patel Cricket Stadium in Motera is spread over 63 acres, with a seating capacity of 1.10 lakh people. Photograph: PTI

It is no secret that the twilight period is the most challenging when it comes to a pink-ball Test match. And keeping that in mind, the floodlights at the Motera stadium have been programmed in a manner that there will be no shadows hindering sighting of the ball.

A Gujarat Cricket Association (GCA) official revealed that the groundstaff and state association officials have worked on the floodlights for seven-eight months to ensure that sighting the pink ball doesn't become an issue during the twilight phase.

"Shadow monitoring has been done for seven-eight months. The lights will come on in this Motera Stadium according to the shadow. Day-night matches have the twilight period and it is the most challenging."

"During the sunset period, the lights are uneven. To maintain that, the floodlights are automatically programmed so that there are no shadows on the ground. There would be no shadows on show here. This facility is not present anywhere in the world right now," he explained.

Earlier in the day, India skipper Virat Kohli had spoken about the need to take fresh guard in the evening session -- the most difficult for batsmen in day-night Test matches.

"If you are starting your innings in the evening under lights then that one, one and a half hour is very challenging. Yes, the spin will come into play for sure but I don't think the new ball and fast bowlers can be ignored. The pink ball does bring them into the game till the ball is nice and shiny, something we are very well aware of and preparing accordingly," he said.

The India skipper explained how playing under the lights is similar to playing in the first session of a normal Test match and a batsman must adjust to the 'reversal of roles' quickly.

Kohli also pointed out how a batsman needs to start afresh even though he may be set when the sun goes out.

"Well last time we experienced that the first session is probably the nicest to bat when the sun is out and the ball doesn't do as much but when it starts to get dark especially during that twilight period it gets very tricky the lights changes and it becomes too difficult to sight the ball and then under lights, it becomes like playing the first session in the morning in a normal Test match as the ball does tend to swing," Kohli explained.

"I think it's a reversal of roles and something you need to adjust quite quickly as the batsmen. Even though you might be set in the afternoon, you have to take guard again and start from scratch in the evening and probably have to bit more disciplined," he further said.

"So these are the major differences. Similarly, with the bowlers, the plan is bowl a nice consistent line and length, and in the evening if the situation allows we can attack," he added.

The third Test will get underway on Wednesday with the series locked at 1-1. 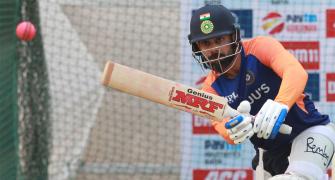 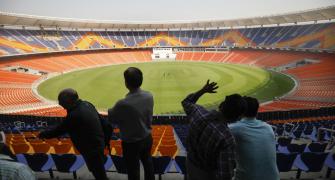 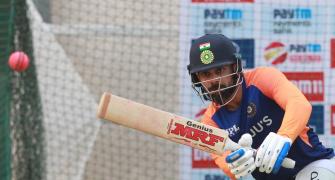 'India, England will start on equal terms at Motera' 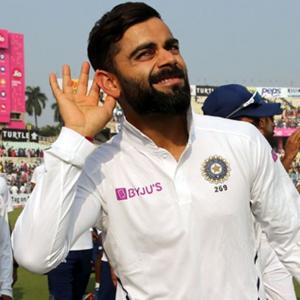 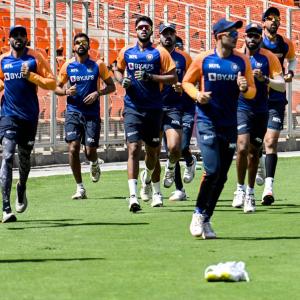