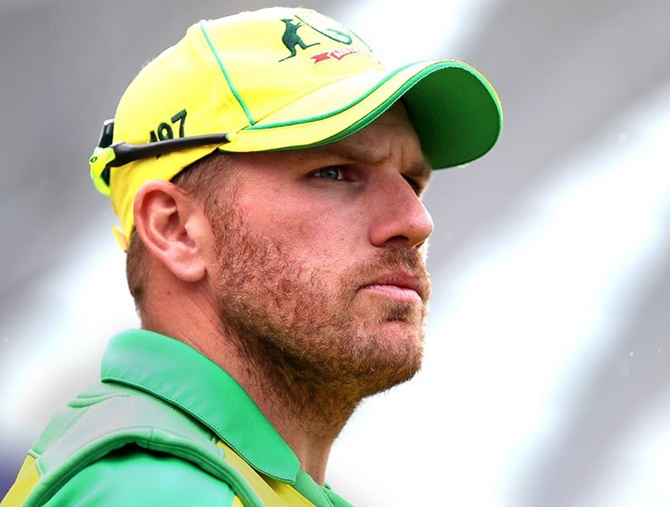 “England against Australia at Lord’s, it doesn’t get much bigger than that.”

Australia skipper Aaron Finch said it best in his pre-match press conference, as the ICC Men’s Cricket World Cup 2019 serves up another treat on Tuesday.

From the first-ever Test match, contested at the MCG in 1877, right through until the present day – these two nations have a storied cricketing history.

The latest chapter will be written as the race for the top four heats up and we look at some areas that could prove key in London.

Australia’s record at the ICC Men’s Cricket World Cup is unmatched – having lifted the trophy on five occasions, including four of the past five editions.

But the recent head-to-head against England makes for far less pretty reading, with Eoin Morgan’s men having won ten of the 11 ODIs between the sides since the start of 2017.

The lone exception was a three-wicket triumph at Adelaide in January 2018, although in a World Cup warm-up match in Southampton, the Australians did prevail by 12 runs in an enthralling contest.

England seem to have their old rivals’ number over the past two years and they will hope to bring that success on to the biggest stage at Lord’s.

Battle of the pacemen The current crop are maintaining the tradition with Mitchell Starc, Pat Cummins, Jofra Archer and Mark Wood all reaching double figures for wickets at this tournament already.

No-one at the World Cup has taken more than Archer or Starc’s 15 apiece and having only made his international debut back in May, Archer could prove to be the X-factor at Lord’s.

He is yet to play against Australia but after watching him during his spell in the Big Bash League, coach Justin Langer claims the group are ready to face the speedster.

"Great athlete isn't he?" Langer said. "We've seen him a lot in the Big Bash, so we know a fair bit about Jofra – he's a brilliant athlete, he bowls fast, moves well, so we'll be on our toes for him as well.

“It's nice to know the opposition and study them well, but at the start we've just got to be really clear what we want to do."

Vince’s time to step up

England’s only injury concern heading into the match is that opening batsman Jason Roy is still absent with a torn hamstring, although the latest scan suggests he could be back soon.

James Vince has filled in for Roy at the top of the order – making 26 against Afghanistan and just 14 in the surprise loss to Sri Lanka last time out – and Vince helping England set a platform could be crucial to success.

Roy has been a thorn in the side of Australia during his ODI career, scoring 759 runs at 47.43 and a strike rate of 114.30, but England skipper Morgan is confident his replacement will step up.

“James Vince is an extremely talented and gifted player – you can see that by watching him,” said Morgan.

“I’m not concerned [that he hasn’t hit many runs]. We have every faith in him to get a score at some stage and it’s important he continues playing in own way.”

A lot of talk in the build-up to this World Cup was whether a team would accumulate the first-ever ODI score of 500-plus.

Ultimately, the bowlers have bitten back and England’s 397/6 against Afghanistan remains the highest total but Australia’s top order have certainly done their part with willow in hand.

David Warner, Aaron Finch and Steve Smith are all in the top ten run scorers at the competition, while Warner’s scintillating 166 against Bangladesh last time out is the highest individual score.

If any or all of that trio fire at Lord’s then England’s job becomes increasingly difficult, so taking early wickets and exposing the more untested middle order will be high on Morgan’s priority list.

Laying down some Roots

While Australia’s top order have shone, England’s batsmen have also come to the party – with the highlight being Morgan hitting an ODI record 17 sixes against Afghanistan.

Chris Woakes, Joe Root and Eoin Morgan of England pose during a team photograph prior to an England Nets session at Lord's on June 24, 2019 in London, England.

But the glue holding so many of their innings together to date has been Joe Root, who became the first Englishman to hit three World Cup centuries in his career with an unbeaten 100 against West Indies and currently averages 84.80 in this year’s competition.

His strike rotation and selfless batting make England tick and if Root can be dismissed cheaply, then Australia will fancy their chances of limiting their opponents to a reasonable total. 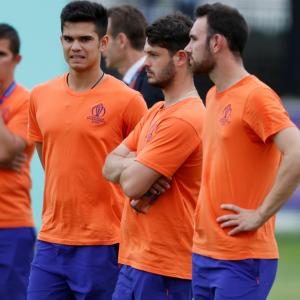