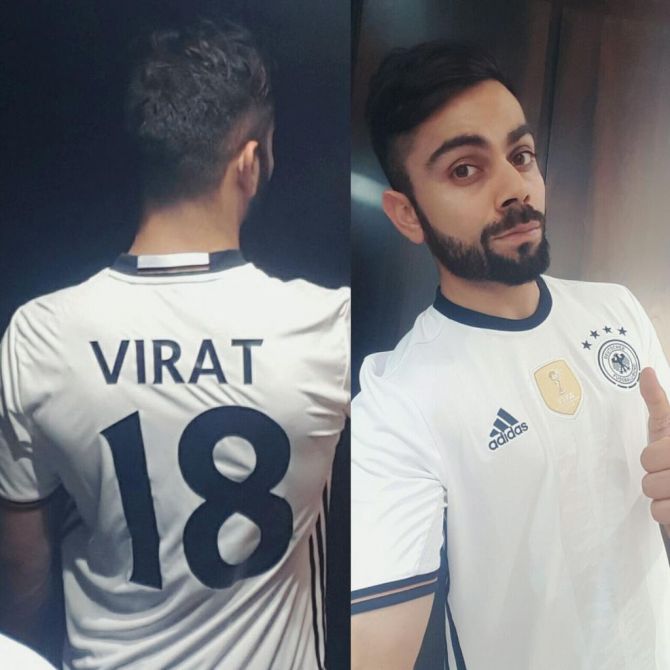 Virat Kohli is known to be an avid follower of football and the champion batsman has declared his support for world champions Germany at the upcoming Euro Championships in France.

Kohli shared his excitement for the football tournament by tweeting a picture wearing the German jersey.

"Excited for Euro 2016 I'm all in with Die Mannschaft for the Euros! Which team are you supporting?," tweeted Kohli.

India’s Test captain Kohli has been rested for the Zimbabwe series, which starts from Saturday.

Kohli plays football during training and more recently the Celebrity Classico game between the cricketers and Bollywood actors in Mumbai. Kohli was also seen thanking his fans as his follower count reached 11 million on Twitter.

"A big thank you to all 11 Million on Twitter. Your support and love means a lot. Grateful always," tweeted the master batsman.

Meanwhile, the India cricket sensation has collaborated with the 'Mozart of Madras' for the official anthem 'Naam hai Futsal', for the first-of-its-kind star-studded Premier Futsal League, a shorter form of Football.

The anthem, featuring Kohli, will be released on June 20 exclusively via Premier Futsal's digital platforms. 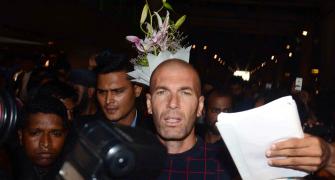 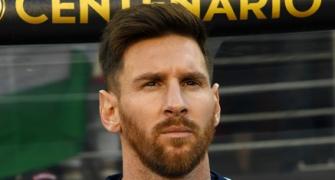 'Messi has no personality, lacks the character to be a leader' 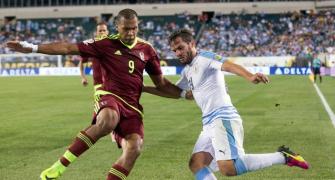 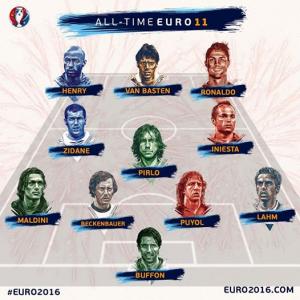