News
Business
Movies
Sports
Cricket
Get Ahead
Money Tips
Shopping
Sign in  |  Create a Rediffmail account
Rediff.com  » Cricket » India use two off-spinners in a Test after quarter of a century

The two-pronged off-spin attack that India are using in the second cricket Test against England in Mumbai is a ploy that the hosts last used quarter of a century ago.

Contrary to skipper Mahendra Singh Dhoni's words at the pre-game media conference on Thursday that India were to field two medium pacers and spinners -- offie Ravichandran Ashwin and left-armer Pragyan Ojha -- the home team drafted in senior off-spinner Harbhajan Singh to complement them on Friday morning. 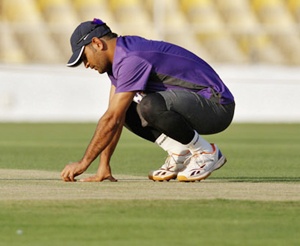 It was at Mohali in the opening game of the 2006 drawn series (1-1) that India had last fielded three frontline slow bowlers with Harbhajan being part of the trio along with the now retired Anil Kumble and the discarded Piyush Chawla.

In the early 1990s when Mohammed Azharuddin was the captain, Venkatapathy Raju, Rajesh Chauhan and Kumble had played together in the same match, including in the 1992-93 home rubber against England.

It is 25 years ago that two off-spinners played in the same Test when Shivlal Yadav and Gopal Sharma played together against Imran Khan's Pakistan in the third and fourth games of the best-of-five series at Jaipur and Ahmedabad in the 1986-87 series.

Yadav had earlier played alongside another senior off-spinner S Venkataraghavan in his debut series against Kim Hughes' Australian team in 1979-80.

Playing two off-spinners or three slow bowlers or even all four, was not unheard of in the annals of Indian cricket when the spin quartet of Erapalli Prasanna, B S Chandrasekhar, B S Bedi and Venkat ruled the roost.

In the 1969-70 home series against Australia, off-spinners Prasanna and Venkat had played in all five Test matches against Bill Lawry's team.

In 1967 in England, all four spin bowlers played in the same Test match, at Birmingham, under the captaincy of the late Mansur Ali Khan Pataudi.

This was repeated in 1987 at Ahmedabad against Pakistan when Yadav, Sharma, Maninder Singh and Ravi Shastri were in the playing 11. 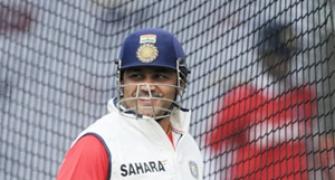 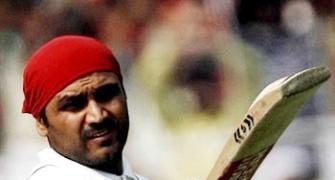 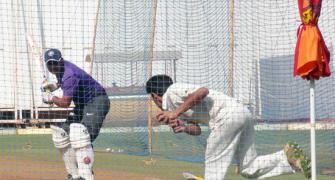 PHOTOS: Ojha, Ashwin shy away from nets at Wankhede 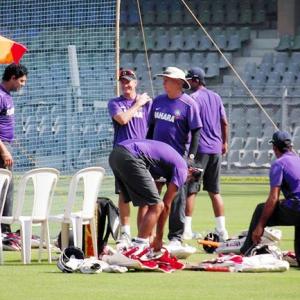 Dhoni will 'criticise' pitch if no help for spinners 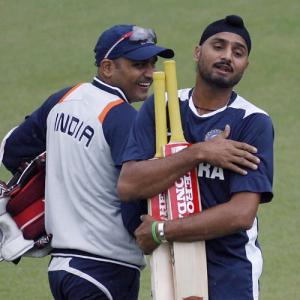 'Virender Sehwag is a pure match-winner'