How Pujara scored his maiden double century in Tests

Cheteshwar Pujara showed immense concentration and skill to post his maiden Test double century as India took command of the first Test by posting a mammoth 521 for eight declared in their first inningson the second day of the Test in Motera on Friday.

The day belonged to the 24-year-old Pujara, who scored an unbeaten 206, batting close to nine hours. It was his second century in his sixth Test.

The 24-year-old Rajkot-born batsman is only the sixth Indian to hit a double century against England. He joins an elite club of Mansur Ali Khan Pataudi, Sunil Gavaskar, Gundappa Viswanath, Vinod Kambli and Rahul Dravid.

Check out his batting graph: 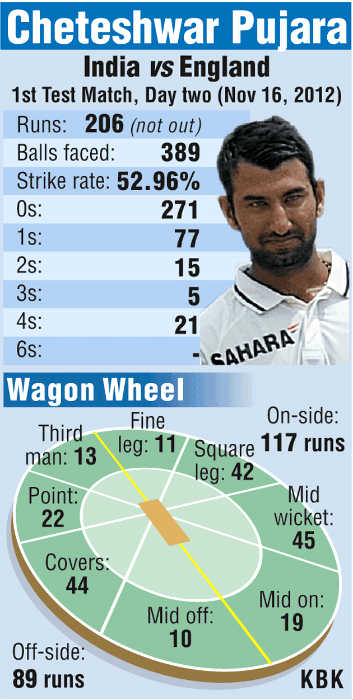 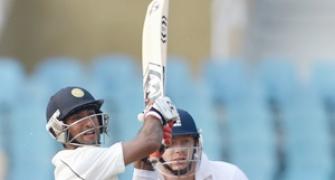 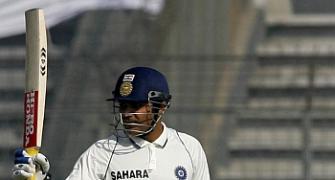 'Can expect a few more tons from Sehwag this season' 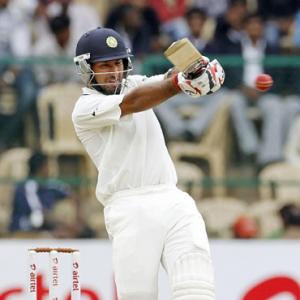 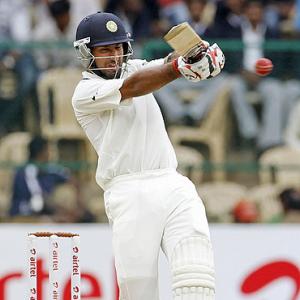 Pujara first Indian to hit 200 in first match vs England