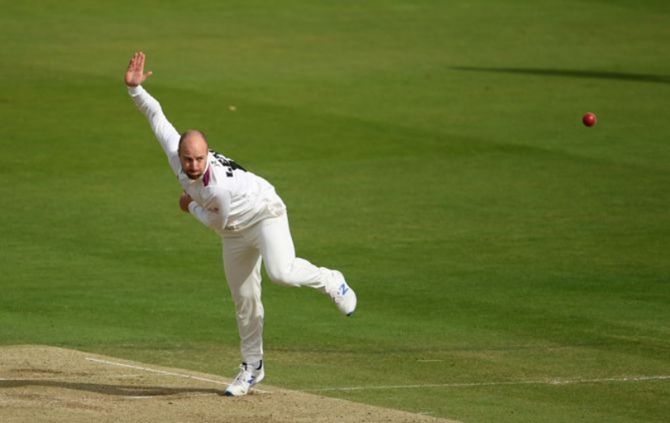 IMAGE: England left-arm spinner Jack Leach had taken 18 wickets when England toured India in February-March this year and is confident of repeating the showing in the upcoming series at home. Photograph: Alex Davidson/Getty Images

England spinner Jack Leach feels his team's performance against India in the upcoming five-match Test series will determine where it stands in terms of growth and he is personally confident of doing well, having played against them in an away assignment earlier this year.

The left-arm spinner had taken 18 wickets when England toured India in February and March this year.

Leach said his success in that series makes him confident of doing well in the upcoming contest, beginning at Trent Bridge in Nottingham from Wednesday.

"The belief that I can bowl at these guys and do well," Leach was quoted as saying by The Guardian when asked what he can take from the tour of India.

"If the wicket is better it is just adapting your skill slightly. I enjoy bowling spin in England. The wickets generally are quite dry and there is definitely a role to play.

"Playing against India, who are such a strong side, in a five Test-match series, will tell us a lot about where we're at."

Leach is keen to do well so that he can cement his place in the side, which is set to clash with Australia in the Ashes series later this year.

"I guess I'm still trying to work my way into the team on a consistent basis. That's my main thought: making sure my game is in a good place so I can be in the team and performing consistently," he said.

Team's star all-rounder Ben Stokes recently announced that he has taken an indefinite break to "prioritise his mental wellbeing".

It is believed that a few other players may also skip the series but Leach is determined to compete.

"My way of doing things is taking one little part at a time and I'm very focused on this India series. If I don't play well, might not be where I'm going in the winter (Australia). It's about taking care of what is in front of you.

"There's been a little bit of chat (about families on tour) but through my experiences in the past, missing bits of cricket through illness or injury, I want to be doing everything I can to play for England, reach my potential and see what I can achieve at the highest level.

"It's something I'd be very excited about, Australia in Australia. It's the ultimate test and something you grow up looking at and thinking: 'Wow, it's amazing.' (But) I'll just think about what's in front of me: Test matches against India."

Leach though said the entire England team supports Stokes in his decision.

"All the lads are behind Ben and supporting him where we can. He has shown courage and bravery to prioritise his mental health. He is a focal part of our team and we will miss him.

"His priority is to take some time out from the game to get better. We can't wait to welcome him back in the near future and winning games of cricket for England," he said. 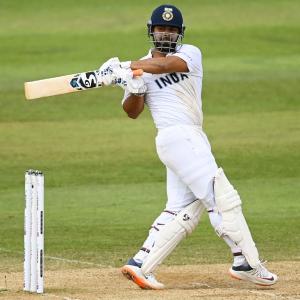 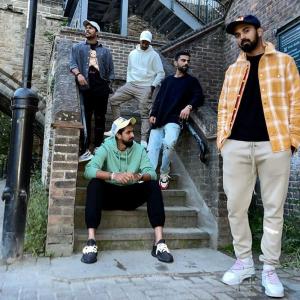