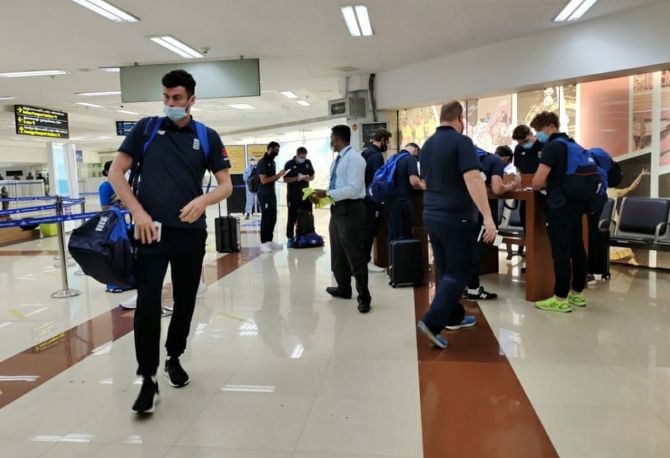 The members of the England cricket team including captain Joe Root arrived in Chennai on Wednesday for their upcoming four-match Test series against India.

Some of the Indian players, including captain Virat Kohli, coach Ravi Shastri and members of the support staff also landed in Chennai -- where the first two Tests will be played.

Root and Co flew in from Sri Lanka on Wednesday morning and headed to the hotel where members of the two teams will be put up as part of the bio-bubble, a Tamil Nadu Cricket Association official said.

The England team completed a 2-0 series sweep of the Tests against Sri Lanka. Star all-rounder Ben Stokes and Jofra Archer had arrived in the city on Sunday and are in quarantine.

While a few Indian players including star batsman Rohit Sharma and Test vice-captain Ajinkya Rahane arrived on Tuesday night, some others like Cheteshwar Pujara, Jasprit Bumrah and Rishabh Pant reached on Wednesday morning. 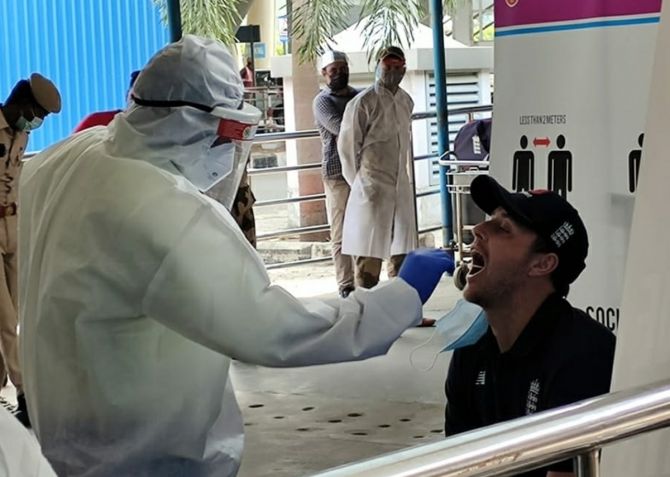 Team coach Ravi Shastri flew in from Mumbai as did several other players from destinations across the country.

Kohli, who had missed the last three Tests in Australia for the birth of his child, arrived at around 10pm on Wednesday.

The players of the two teams will be staying at Hotel Leela Palace in a bio-bubble as part of quarantine protocols and will undergo testing for COVID-19, the TNCA official said. 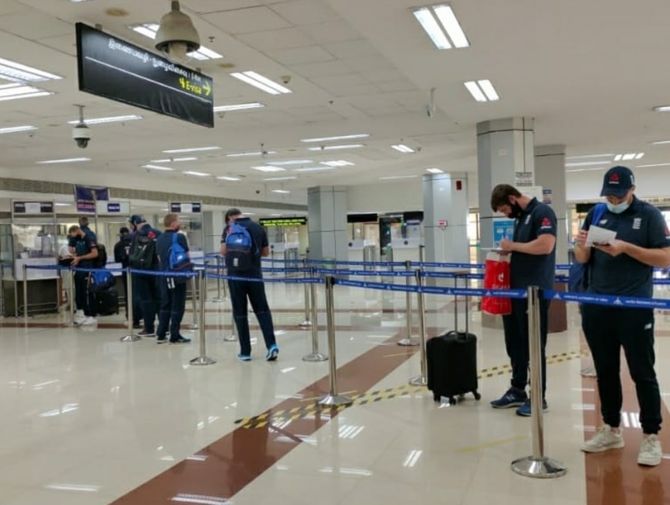 "They will be in quarantine for six days and are set to start practising from February 2," the official added.

Chennai had last hosted a Test match in December 2016 against England. 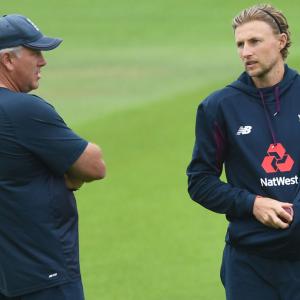 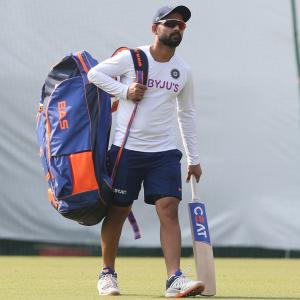